Over the Bridge Competed

As you may now be well aware we have taken a while to get our beloved rodding safely under the tracks and over Evesham Road Bridge, but today was the day.
As we progress, levels and alignments need re-adjustment to get everything moving smoothly.
So one of the first actions today was to install a pair of single rollers in the six foot to give additional support to the rods going across the tracks : 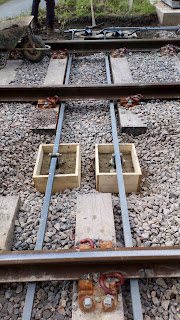 and encase them with concrete in the previously constructed shuttering boxes.

Last week I promised a picture of one of the pre-cast supports that will now be used from the Bridge up to the points - so some serious holes to dig in the ballast: 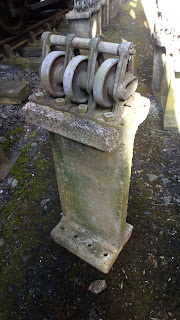 A couple more of the steel supports to assemble, - - all we need to fill the gap up to the bridge, here's Len W fitting them together 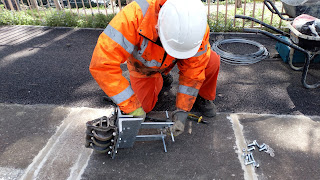 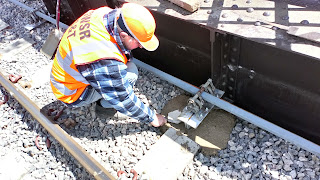 A view of the rodding looking back over the bridge towards the station: 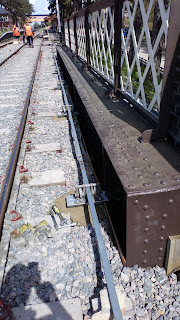 Later on we were rudely jolted from our peaceful tinkering on the bridge by a huge bang. The contents of a low loader had hit the Evesham side of the bridge and deposited its load in the middle of the road - some chaos ensued which merited the attendance of two police cars 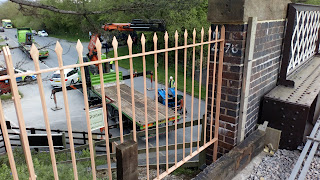 Hopefully the damage to the Bridge is not serious, but I think there is some expensive damaged equipment sitting in the road.

Carl S took advantage of the fine weather to creosote the ballast retaining boards before fitting them back on the bridge: 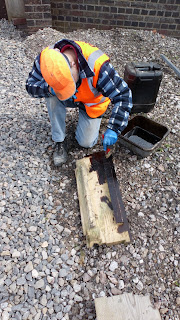 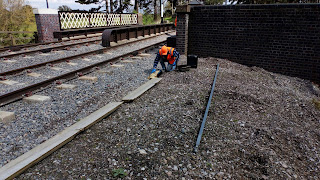 And Keith L rounded off the day with a bit of gardening to fill in and tidy up round all the excavations: 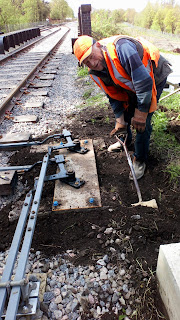 The gang viewed from the bracket! 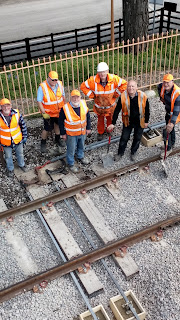 And the completed rodding over the bridge. 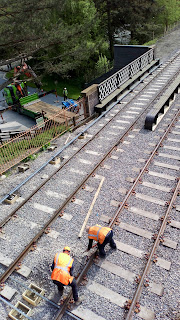 Plenty more of the same to come!