Neil C and Malcolm W were  at Broadway again today to progress the signal box electrics.

The block shelf switch has been wired to its relay and the signal repeating instruments wired to signals and tested: 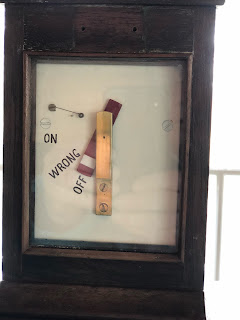 Next, the wiring that will connect up eventually to the illuminated diagram above the block shelf has been fed back through track Circuit repeater relays.

The anunciator bell has been connected and is working from the home signal approach track circuit and the head shunt track circuit.

Malcolm has completed stripping, cleaning and oiling all the lever catch handle pins.

And of course, this must have been one of the best places to work at the moment! Obviously the draw needed testing again! 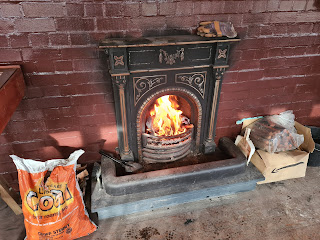 While us volunteers have been on leave from the railway the Ops Manager and Head of S & T have been busy on several fronts.

Firstly, the Toddington south crossover. Malcolm W installed the final piece of mechanical locking in the signal box and Neil C completed the wiring. They then went through  a comprehensive locking test list and signed off the crossover as working. These photos shows point lever 7 reversed and disc 6 cleared: 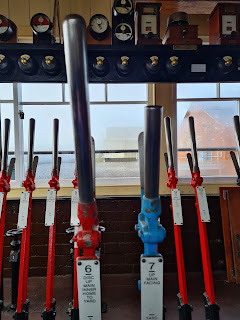 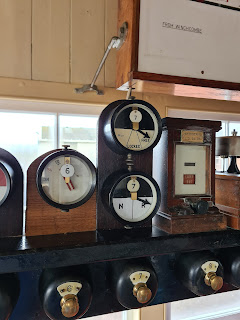 Also because there are now no spare levers Malcolm made a rack to hang the " reminder appliances" on: 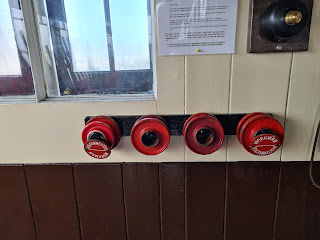 Back at Broadway the wiring up of the electrical locks begins and the replacement of two of the originals which had faulty coils.

All locks and contact boxes have now been wired up and wired back to the relay board on the back wall of the locking room. Here is one of the locks with its cover removed: 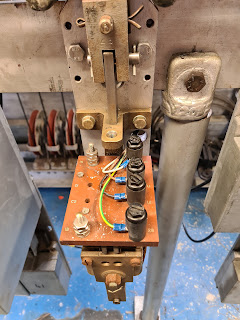 Attention then turned to the signal box chimney which once again has succumbed to blockage by nesting jackdaws. The blockage has now been removed and Malcolm has fabricated a chimney guard which has now been fitted. (I have no idea how they got up there to do it, so don't ask me!!).

Anyway, there was a successful steaming with smoke coming out in the right place: 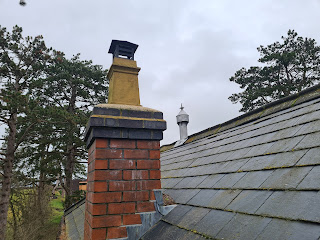 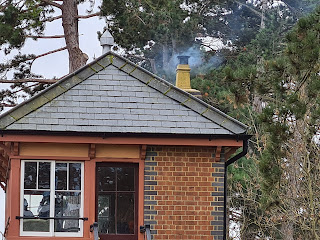