Sorry that I missed an excellent pic last visit of the very  posts that have been selected for the Gantry and other posts at Broadway.
Here Rich is just sussing out the big one- that will be the main post for the Gantry' in time it will have a similar base plate to the existing bracket.
In front of him are the dollies ( three, I believe) and other signal posts for the same project. The as yet unrestored gantry section can just be seen stored on the roof of the container.
That's the only sort of Dolly's we ever see , certainly at this time of the year!  Its very cold work  and you have to be careful that its not too cold for the paint to adhere properly to the steel. 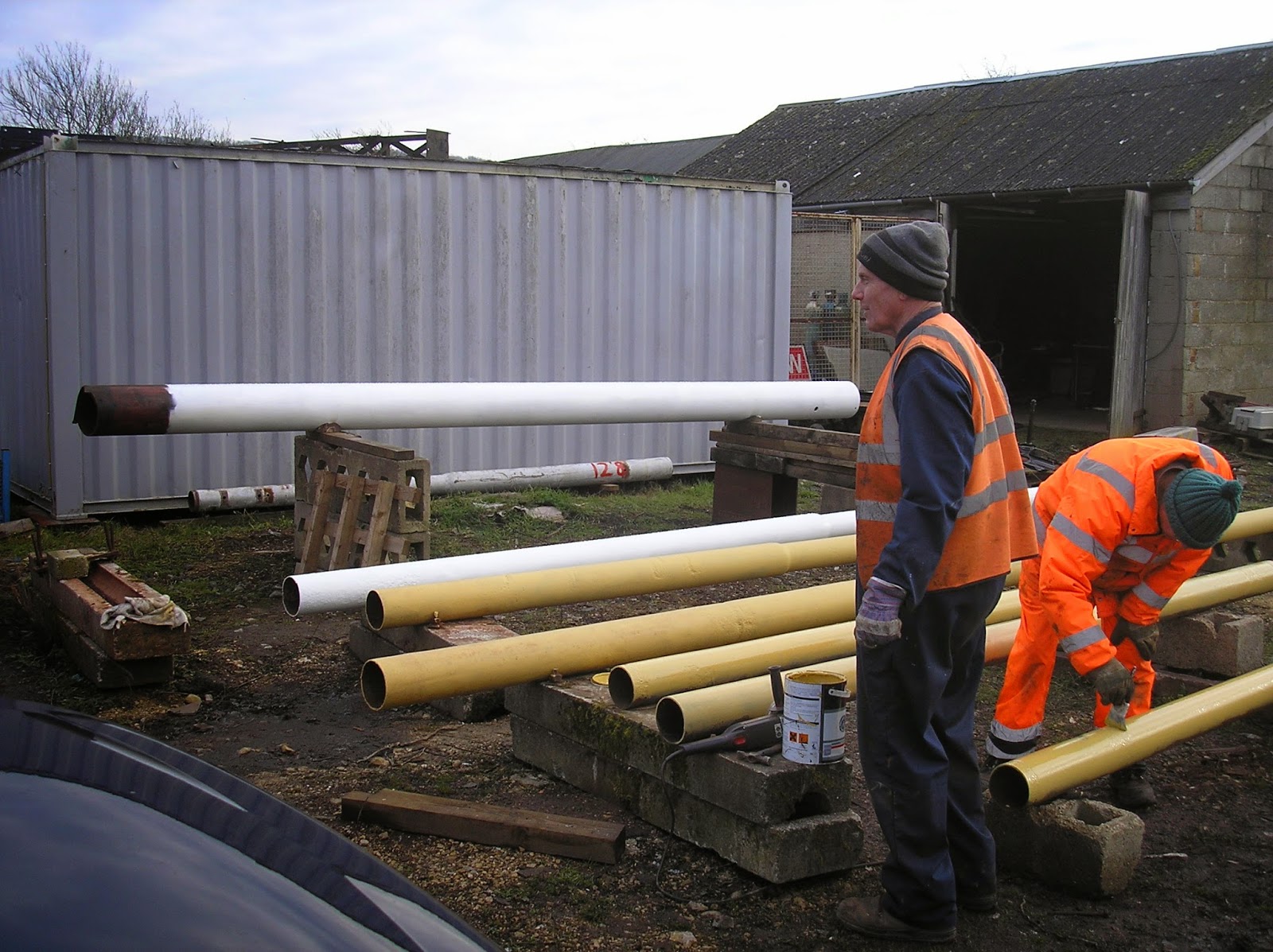 Much progress later , here is Richard C again helped by Len to get it done. 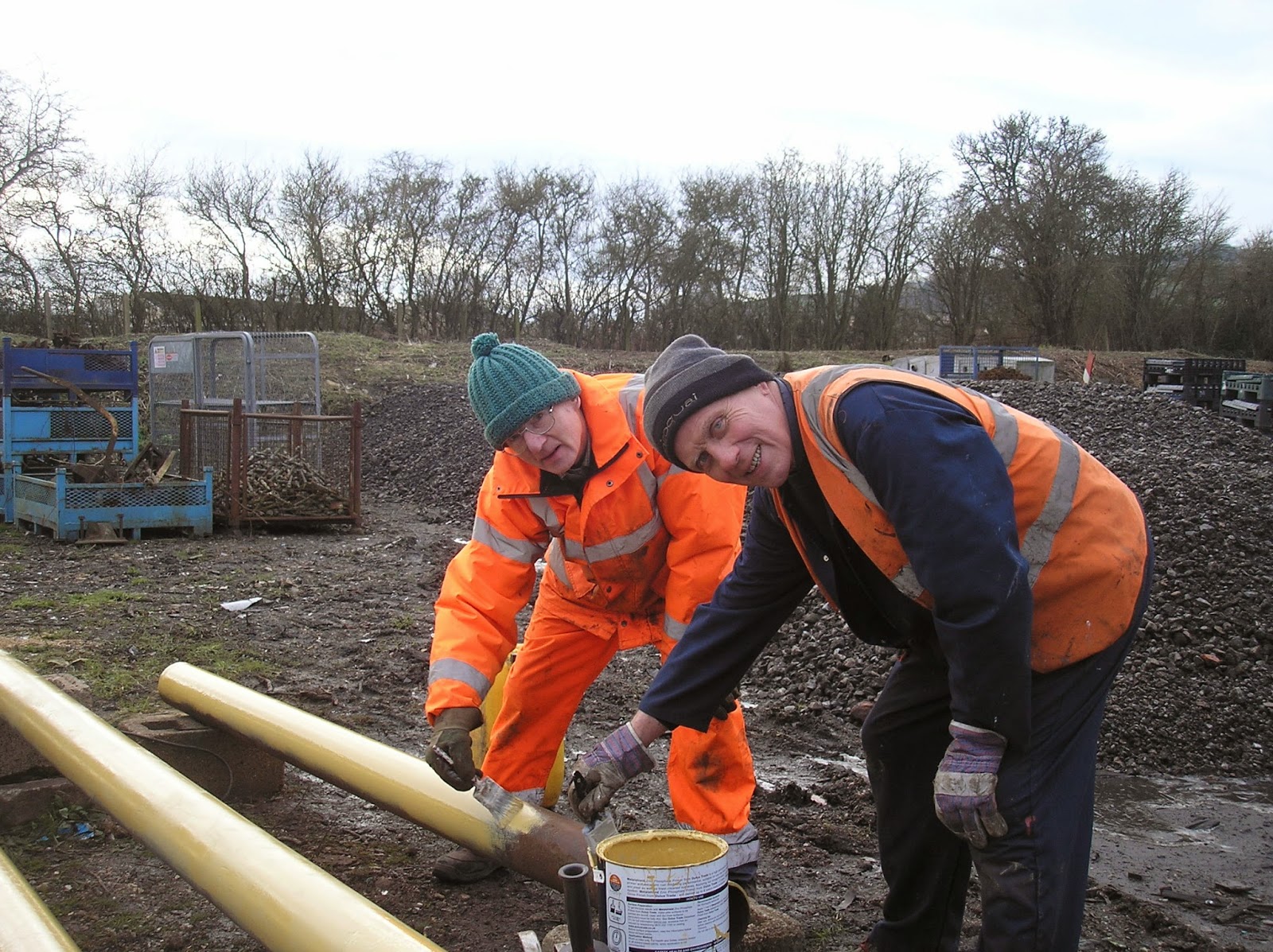 Meanwhile , back in the warmth of my workshop I have been checking over and recording details of our stock of Track Circuit Relays. As you can see, they are similar but not identical, having come from various sources . The design is lost in railway history, I suspect these were built in the 1920's and  were last tested by BR  between 1960 and 1975. They are beautifully built and provided the glass sides haven't been broken should do us proud. 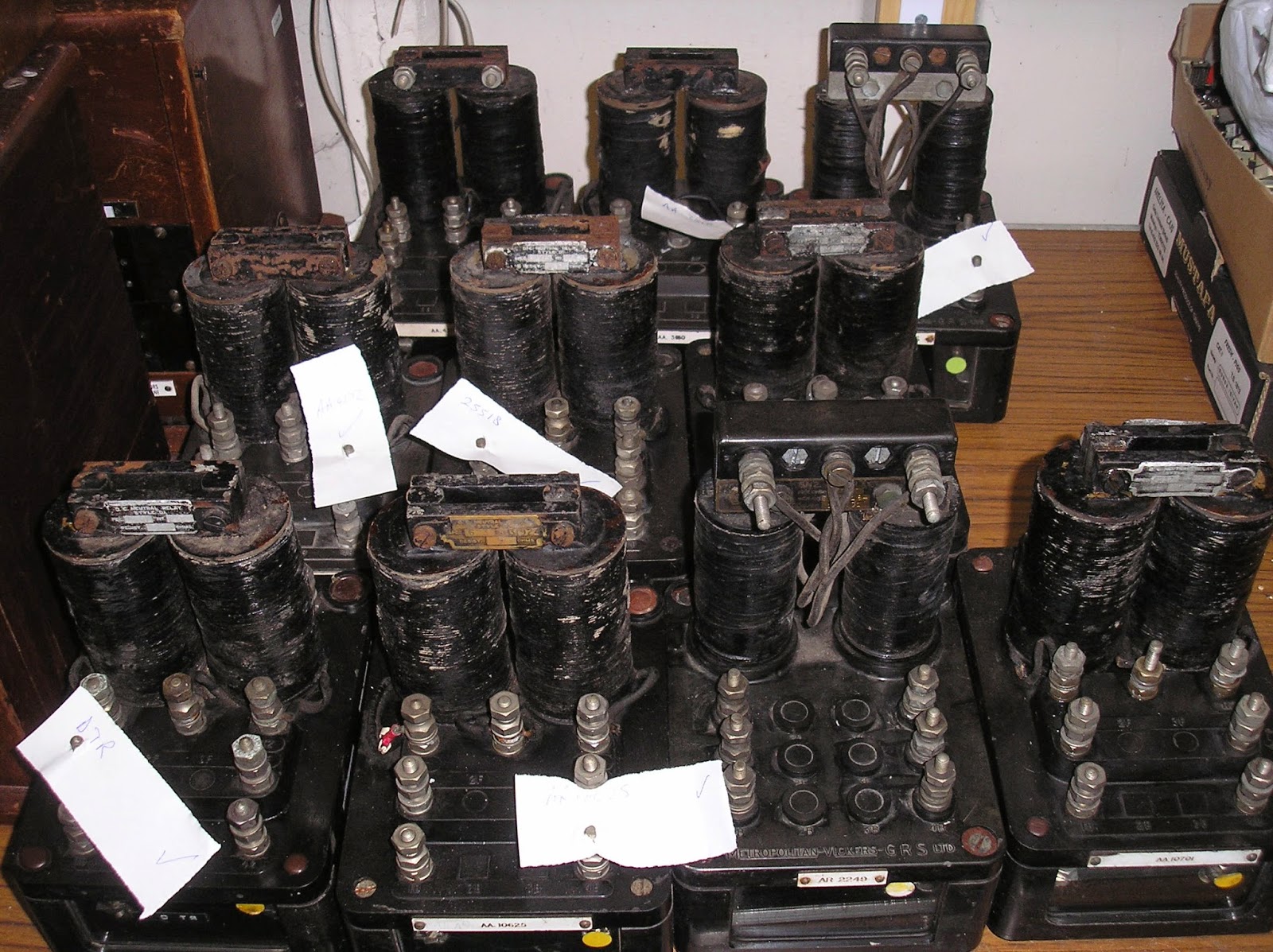 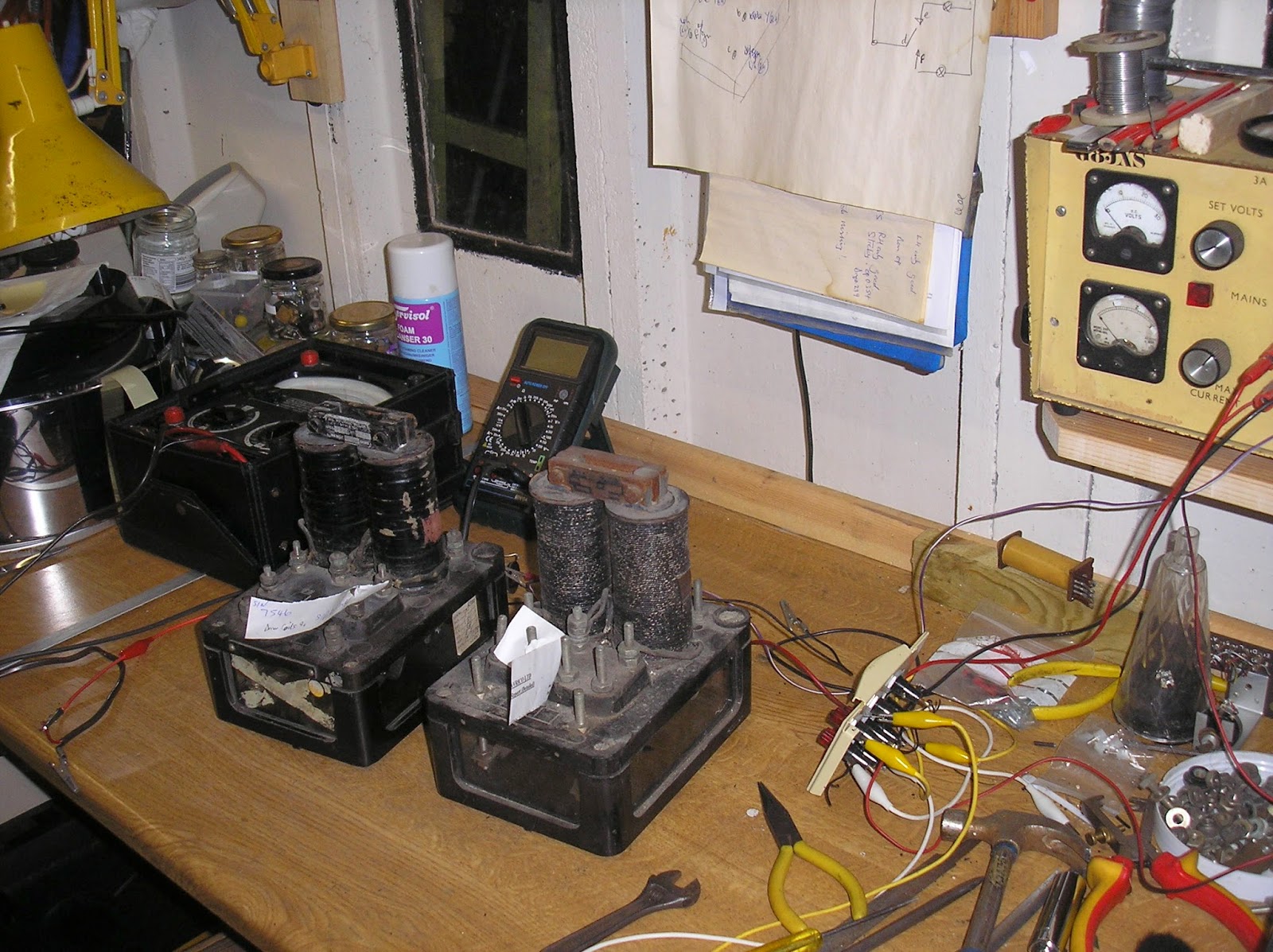 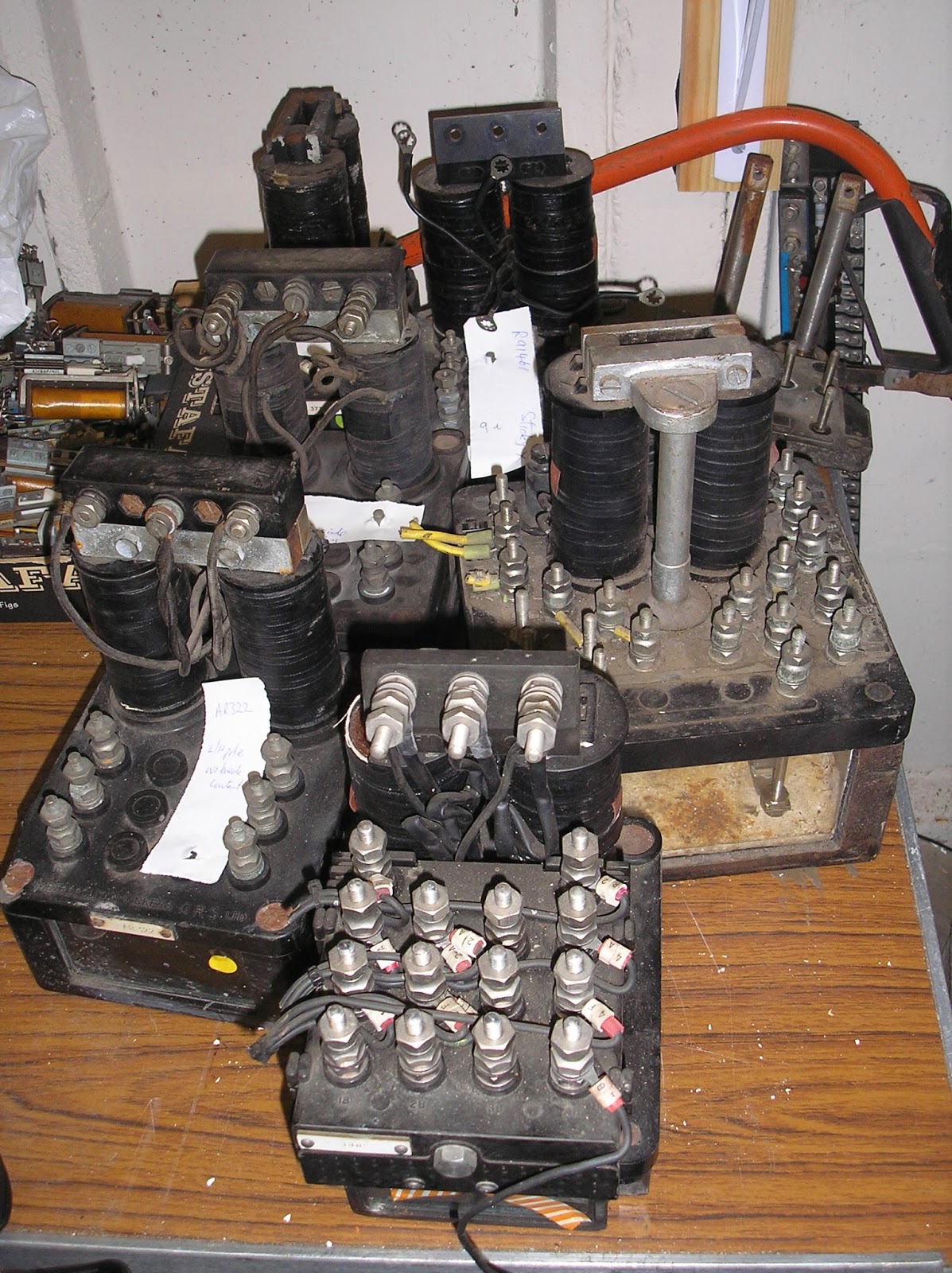 These are some of the ones that didnt make it! Ok for spare parts perhaps
Elsewhere the work on the new Concentrators is in final stages, we hope to install the next one, which will be at Cheltenham during the next few weeks, ready for the new season.
That's about all for now, will keep you posted as the Broadway signal assembly work moves onwards.
Mike S