Lets get them sorted!

Last Tuesday  three of the "Phone Blokes", Mike S, Kevern Oliver and our new man Peter Giles, got together and  sorted out Winchcome Outer Home W36, and Tunnel South W2.  Speedy recovery to Paul who has a back injury at present so trackwalks are definitely OUT. Get Well soon Paul!

The Outer home sits just north of Chicken Curve up on the embankment and the views are excellent- it did help that we could keep an eye on the approaching rainclouds but there is nowhere to hide in any case.  The reported fault was of "No Transmission", a bit odd and we couldnt reproduce it (RWT then!) but it was overdue for a rebuild and had a lovely selction of insects inside the case so it was changed for a rebuilt one.

Luckily the installation was a "standard one" so it didnt take long to change the unit. 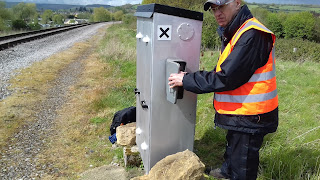 Tunnel Sth  has been a long standing and rather odd fault in that the  the bell armature would stick at one side and then not move when the ringing current told it to. We believe it may be something odd in the magnetic circuit (remanence?) of the bell itself so after quite a bit of digging around we found a Piezo which would handle the ring volts and hopefully solve the problem.  The simplest  way to get to Tunnel Sth from Winchcombe is to walk thru the Tunnel so with the DOO's approval and the full cooperation of Keith, the signalman who put a full line block on, Kevern and Peter walked through and changed the phone. Its been quite a long time happening but now its done and we can only hope that it does not recur.

Here is a picture  of Kevern that was taken at Tunnel sth last week  and also one that I came across whilst doing some Archive work. 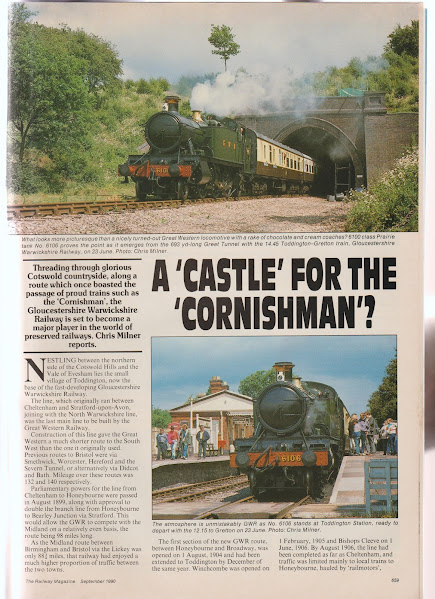 Good job they werent taken at the same time!

Thanks chaps, Keep up the good work