Six of us in action at Broadway today to carry on with the preparation of the concrete block for the signal wire pulley wheels opposite the signal box against the wall of platform 1.
We decided on quite an unusual and heavyweight solution to support the 4 lengths of C-channel which are to be set in the concrete to support the steel plates (2-off 8ft long x 18” wide).
To support them and prevent them  from moving during the concrete pour they will be bolted to two lengths of channel sitting on the base of last weeks excavation.
First step to cut up the pieces from the (approx 20ft long) piece 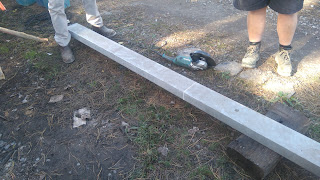 The large angle grinder made light work of this 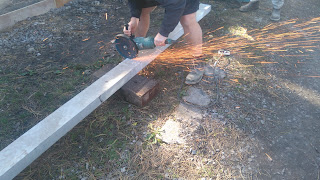 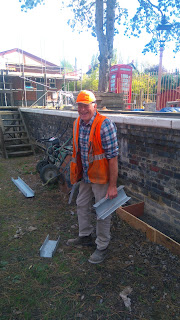 Then a bit of marking out and drilling for the bolt holes. Jim P in charge 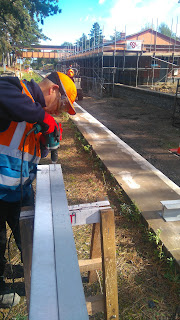 And here are the two completed assemblies 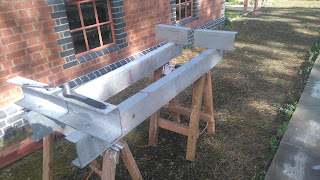 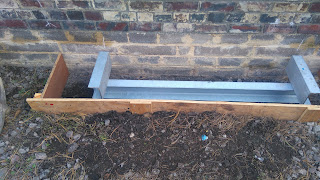 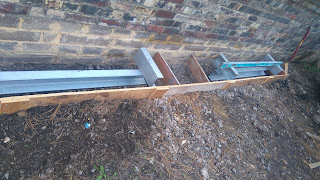 Then onto the concrete pour. I reckoned we needed just over half a cubic metre to fill it so it was a good job we brought the mixer with us. Keith L slaved away keeping keeping it fed with aggregate and cement off the back of the pickup. 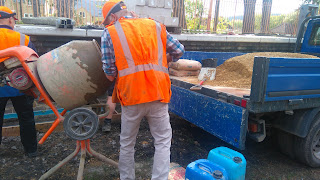 And here’s the finished job with just the upper halves of the C- channel showing above the surface of the concrete. 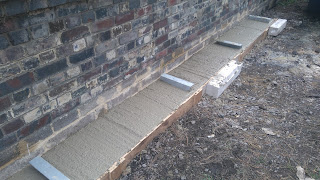 END OF PART ONE

While we were in the mood for moving and drilling large lumps of steel we turned our attention to the opposite of the (almost! ) tracks to configure the four 9” C-channels that we brought up last week.
These required positioning on top of the channels which are already cast into the tunnel floor so that
they protrude out to be level with the top of the platform.
Marking out and drilling  required to match up with the existing holes 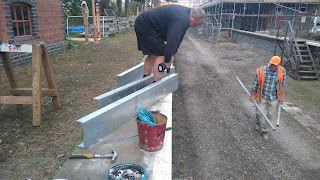 And then bolted in position. 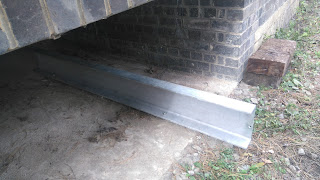 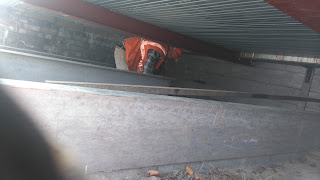 We already have the two large steel plates which were then manhandled on top of the four channels. Not yet bolted down - a job for the magnetic drill next week or we may now wait until the ballasting has been done. These plates will protrude out a little further over the ends of the channels. 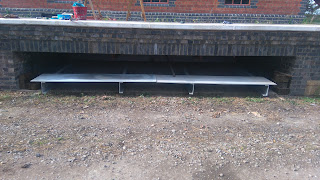 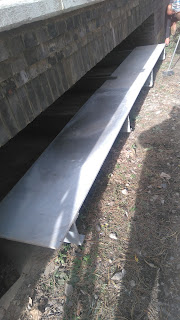 Obviously a good place to sit for a tea break! and still plenty of room for wheels and angle cranks. 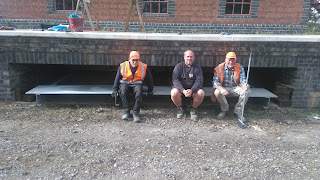 While all this was going on we managed to avoid the dumper truck on its many journeys ferrying ballast up to the fast approaching northern railhead- in fact I believe we have featured in the Extension Blog this week -  Jo paused for a photo shoot as we were about to start pouring concrete!