At last the bracket signal has arrived at Broadway! Sound the trumpets!
Firstly a reminder of where it is going
- on these 4 studs on the concrete block adjacent to the South end points. 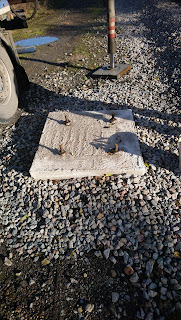 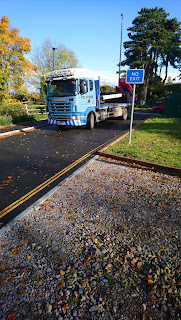 And made it to the top without further incident 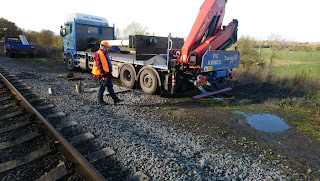 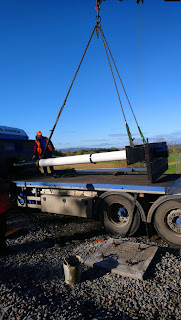 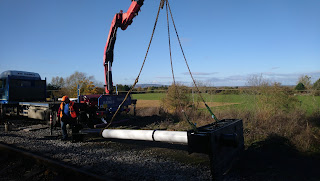 Then to re-fit the two dolls. These are manageable with a two man lift to "wriggle" them back into their clamps  and bolt up. securely 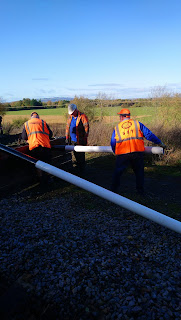 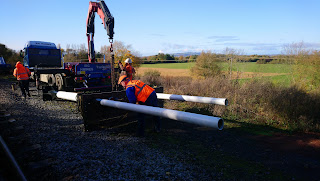 Now to re-sling the assembly to lift it  vertically. 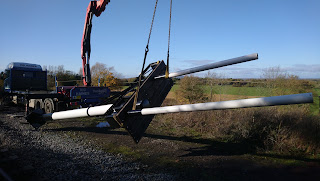 Luckily this hiab has got a phenomenal lift height. So taking things slowly it was manoeuvred to a vertical position 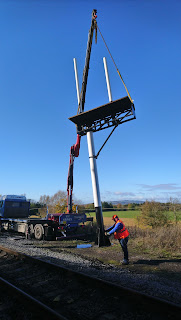 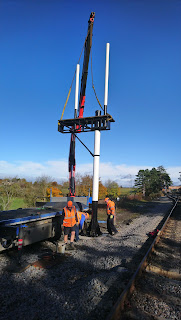 And positioned onto the four studs. It fits beautifully (the wooden template used to set the studs in the concrete some weeks ago did its job well!)
Each stud already has a nut fitted underneath the baseplate so that fine tuning to get the post absolutely vertical can be achieved - just needed a few tweaks.
The assembly that holds the four pulleys to direct the signal wires vertically has to be fitted at this stage  for final bolting - this fits over two of the studs on top of the baseplate 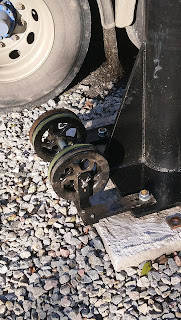 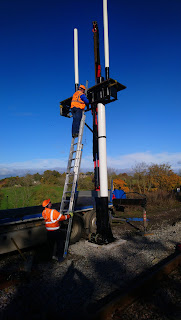 Job done in just over an hour. Roll of honour goes to Vic Haines' driver, Neil C, Andy, George B, Malcolm W and yours truly behind the lens. 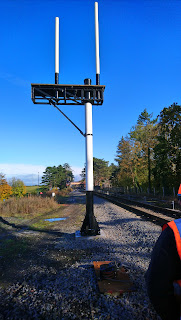