A Bit of Wiring

A shortened report today as blogger had to leave at lunch for a hospital app. Nevertheless here is a summary of Broadway North in the pictures I managed to take.
Firstly, to make a change from point rodding (but only for a short while!) we have to sort out the routing of the signal wires along platform 2 ramp and across the barrow crossing. This has to be done before the tapered slabs are put back in place - the overhang restricts access for fixing the pulley blocks. John P starts off by finding the best place at the end of the ramp: 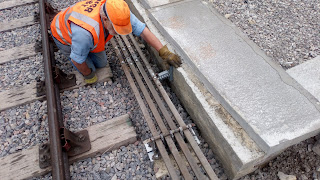 And George B poised with the plastic tube through which four signal wires will pass through: 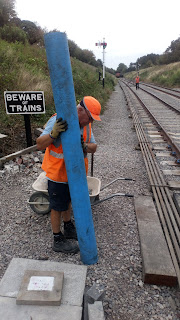 But first a bit of ballast removal by Keith L: 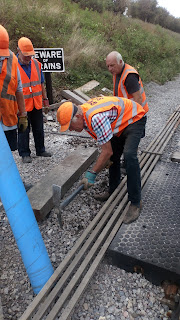 And the tube set in adjacent to the rodding. The sleeper at the side is only a temporary measure. Probably have a concrete base here for a steel plate to sit on and span the rodding: 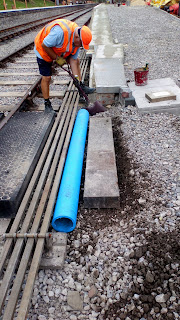 In the next picture with a pair of wires temporarily fitted, the roller block has been fitted upside down to bring the wires down to pass through the tube. There will be a similar block at the other end of the tube so that the wires will lift up again to clear the rodding stools: 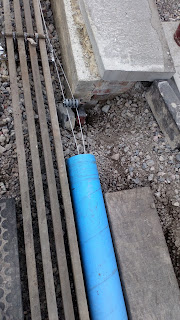 Looks OK from here - a bit of tube alignment to centralise the wires: 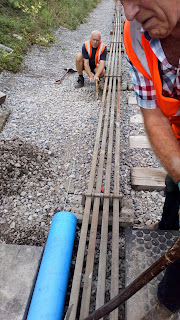 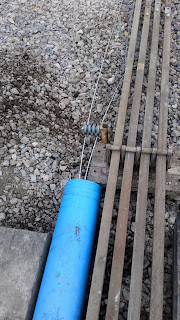 Meanwhile, back to rodding. Now that both lines of rodding have been inserted a bit of re-alignment is required to straighten them up. So a bit of raking out of the ballast needed to ease the stools over. Keith L and Carl S taking some exercise! 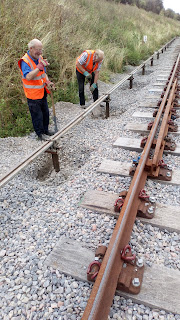 Looks OK from the North end 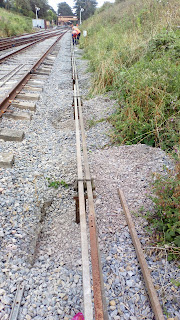 P & O running round between operations: 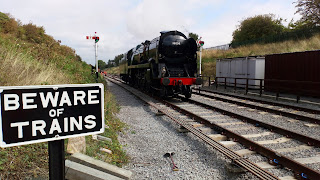 A single roller support is needed to support the length of rodding that passes through the 4ft, both for the fpl and the headhunt point blade - so a bit more ballast removal and a shuttering boxes required for concrete blocks. All this probably completed in my absence later in the day 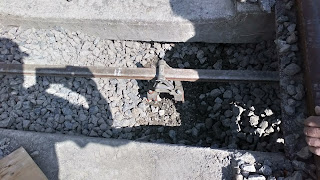 Cranks have been bolted to the sleepers in the 4ft for both fpl's : 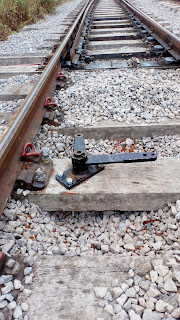 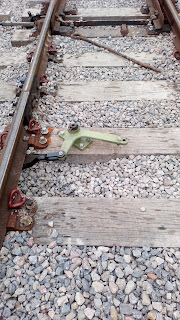 I will catch up with the rest of the day's work next week.