More of the same I'm afraid at Broadway. Five of us continued the setting of more rodding stools southwards down the side of platform 2.
First job was to remove the shuttering from the concrete blocks we did last week. These needed prising apart and lifting off after the rodding had been removed.  Quite a nice neat lump of concrete left behind: 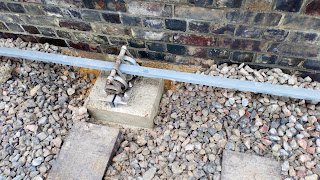 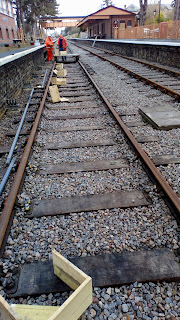 And then to repair/re-assemble the shuttering boxes to position the next batch of stools: 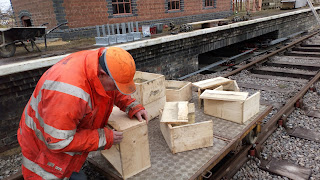 Had a bit of a problem when we reached the end of the platform and had to remove some of the brickwork from the end of the ramp to get the rodding to clear. We will make good our "vandalism" in due course! 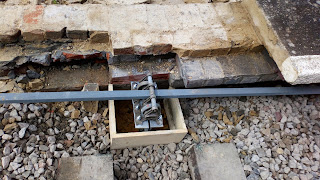 We utilised the P Way trolley again to barrow the concrete from the mixer on the back of the pickup - as close as we could get now that the track is in. 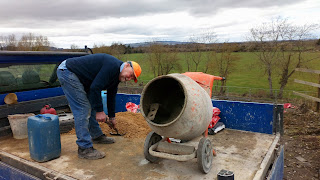 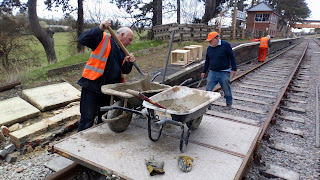 By the end of the day we have installed a total of 19 stools which brings us up to the bracket signal where the barrow crossing will be. Here goes the last shovel full of concrete - we have now run out of aggregate so time to call it a day 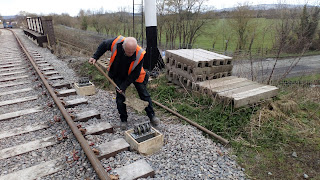