A Range of Tasks

Seven of us in attendance at Winchcombe today with a range of tasks to carry out. Richard C, John P and Jim P were sent off to Broadway to pick up 10 lengths of concrete cable troughs to complete the cable tidying up at Winchcombe,  We took with us a rather smart armchair that Carl S has acquired - this is now placed “temptingly” in Broadway box to await its first incumbent! 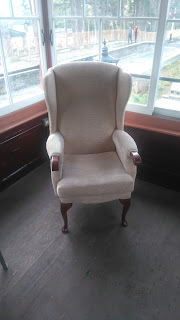 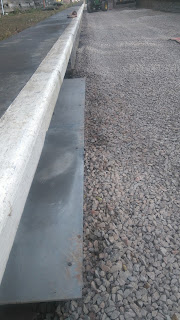 Anyway, back to Winchcombe where the rest of the team were busy with the replacement cable work between the tracks. The old defective cable has now been severed and the new one attached into the lineside cabinets. We are going to leave the remains of the old cable buried where it is rather than attempt to dig out a whole load more ballast to try and find what the problem (sorry for previously building up expectations for an exciting resolution of the problem!!)
The final tidying up under way: 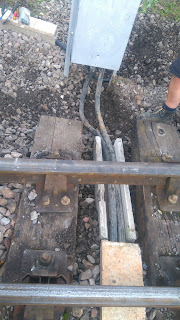 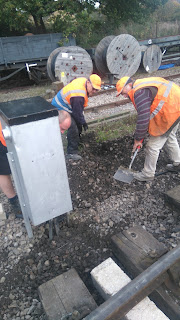 The other end of the new cable is connected back to the Toddington cable in this smaller cabinet which is now secured in concrete. A bit more painting required to finish off. 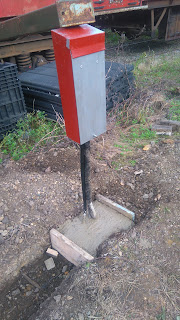 Some more of the concrete troughing was required to provide ducting for the new telephone cables which will supply communication to the new reception building. So a bit more digging and cutting required by Jim P and John P. This is in preparation for the phone line installation by BT. 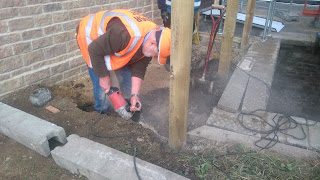 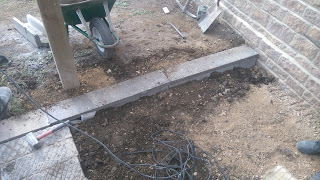 Back at the bench we are cutting up two lengths of our beloved (carefully restored!) point rodding into 7” lengths to make mountings for the signal wire roller sets that will be attached along both platform walls at Broadway .  So, out with the angle grinder: 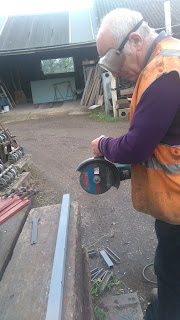 And approx 60 cuts and a couple of cut-off wheels later we had amassed 60 pieces which four of us set about filing off all the sharp edges, led by Keith L 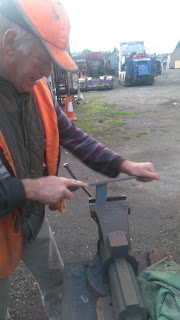 These will now have to have a mounting hole drilled at each end for the bolting. 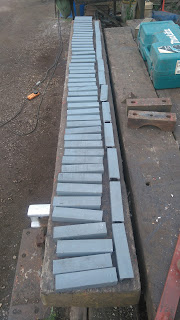 I believe that the distance from the signal box to the northern end of the platforms is approx 500feet, so a fair number will be needed if, for example, we  position one every 20feet. I think that when we did a similar job  along platform 2 at Cheltenham we had a roller support at approx every 25ft ( to be decided) . To give you an idea of what such an assembly will look like here are Keith L’s hands posing with a mock up against the C &W building at the end of play (no holes drilled yet): 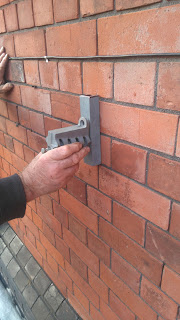 They will be attached using Rawlbolts.

During the day we were observing the preparations for the removal of the first wagon from the rear siding at the back of the yard . This one I believe was made in the USA for the war effort in France and is now off to Sharpness (Vale of Berkeley Railway ) - going to need a fair bit of restoration! It did actually move without much resistance. 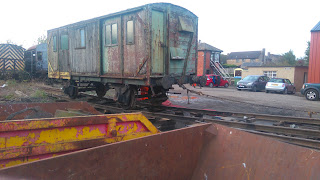 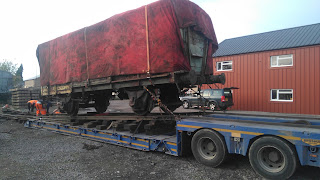 Another day of good jobs completed