Putting the Block on

Four of us off to Broadway today to advance some of the work on the signal box.
As we were departing from Winchcombe we were held up by a departing wagon (presumably for Sharpness) 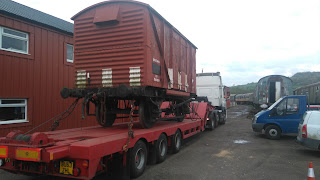 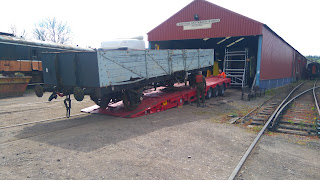 The main task today was to mount the Block Shelf in the signal box. The two original brackets were too short and have had extensions welded on - they now needed to be cut to length after trying in position to get a suitable gap between the shelf and the top of the levers. The Transit doubled up as a workshop to do this: 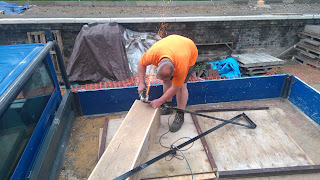 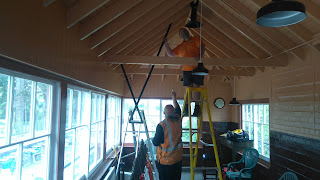 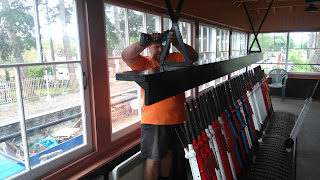 Have we got the gap right?  Looks OK to me 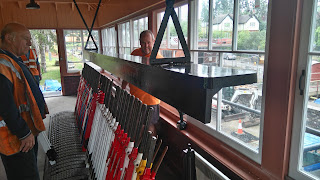 Leaning- on test discovers that there is a significant lateral movement. A central horizontal bracket needs to be made and will be fitted to prevent this. Also a hollow pillar will be fitted for centre support  - this will double up to conceal the wiring. Otherwise it looks the business. 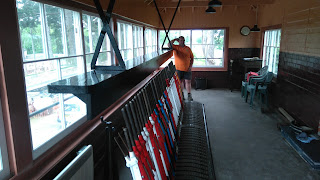 Meanwhile down in  the Locking Room Malcolm was wrestling with the fitting of the remaining connecting rods for the point operating levers. The ones we had were not the correct length so they have been shortened and re- welded  ( courtesy of out C&W colleagues) . They connect the lever tails to the angle cranks. Further rodding will then reach through the tunnel to trackside. Here's the top  connection 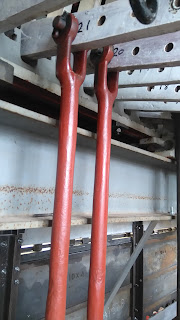 And here's the bottom 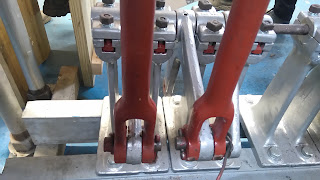 Fitting the split pins to retain the pivot pins in the lever tails is a very fiddly job . Malcolm managed it after uttering a few choice words 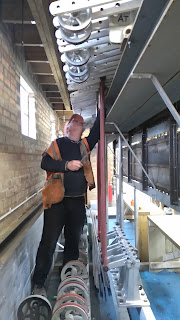 It was a relief to have a day off from cleaning  the dreaded point rodding today. Four of us have signed up for the grand rail  clipping at Little  Buckland tomorrow.