Spent quite a bit of time in the last couple of weeks trying to get things ready for the first of our new Concentrators to be installed.
This will be at Gotherington- you may ask why? The reason is that the older unit (that 2+4 GPO unit) is in the sort of wooden box that we need to be able to reuse later on! And they are a bit in short supply. Watch out C&W we might be asking you to do some more of those tip top varnishing jobs for us!. 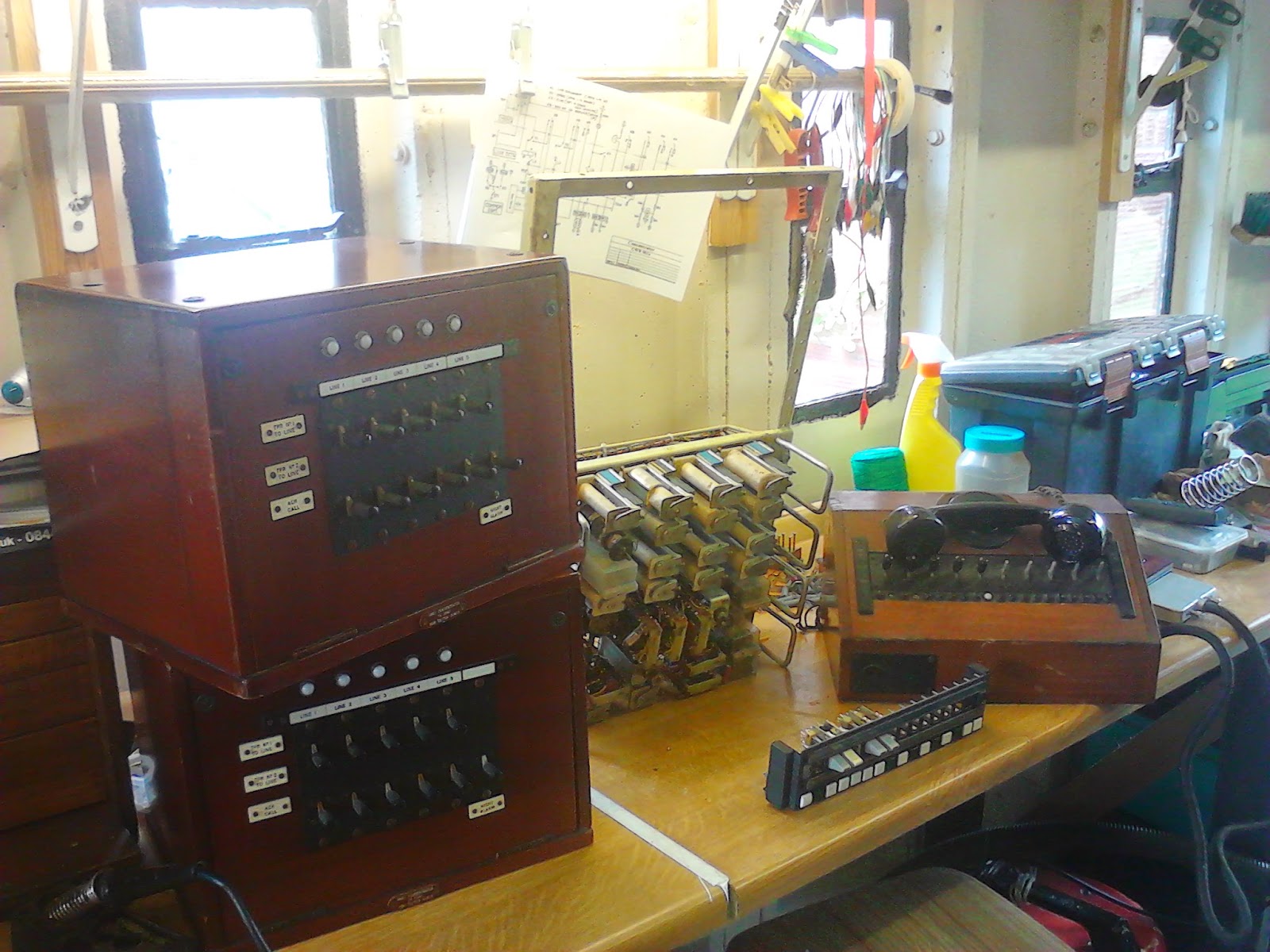 Which changed internally to the all electronic version shown below Shortly we hope to report that its working away nicely and you can enjoy its many little advancements.
Just to be serious though, the project has taken quite a lot of man hours and worn out quite a few of Mr Olivers brain cells, However he does remain confident that the next ones will be much easier.

In the meantime, back at the Ranch aka Winchcombe Yard, Progress continues on point rodding rollers. We seem to have an awful lot of 6way ones but we only need a max of 4 way for Broadway so lets take 'em apart and reassemble them 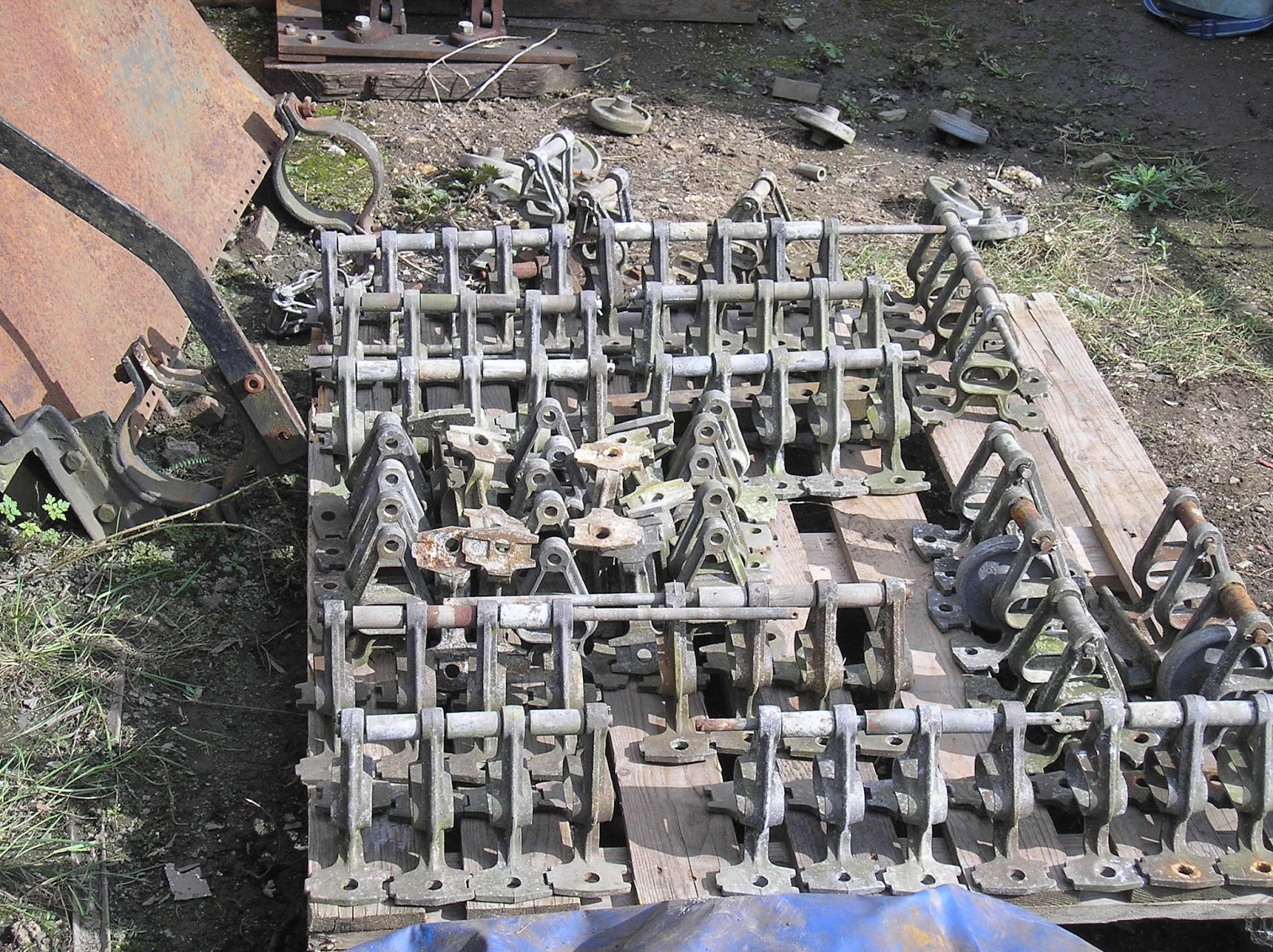 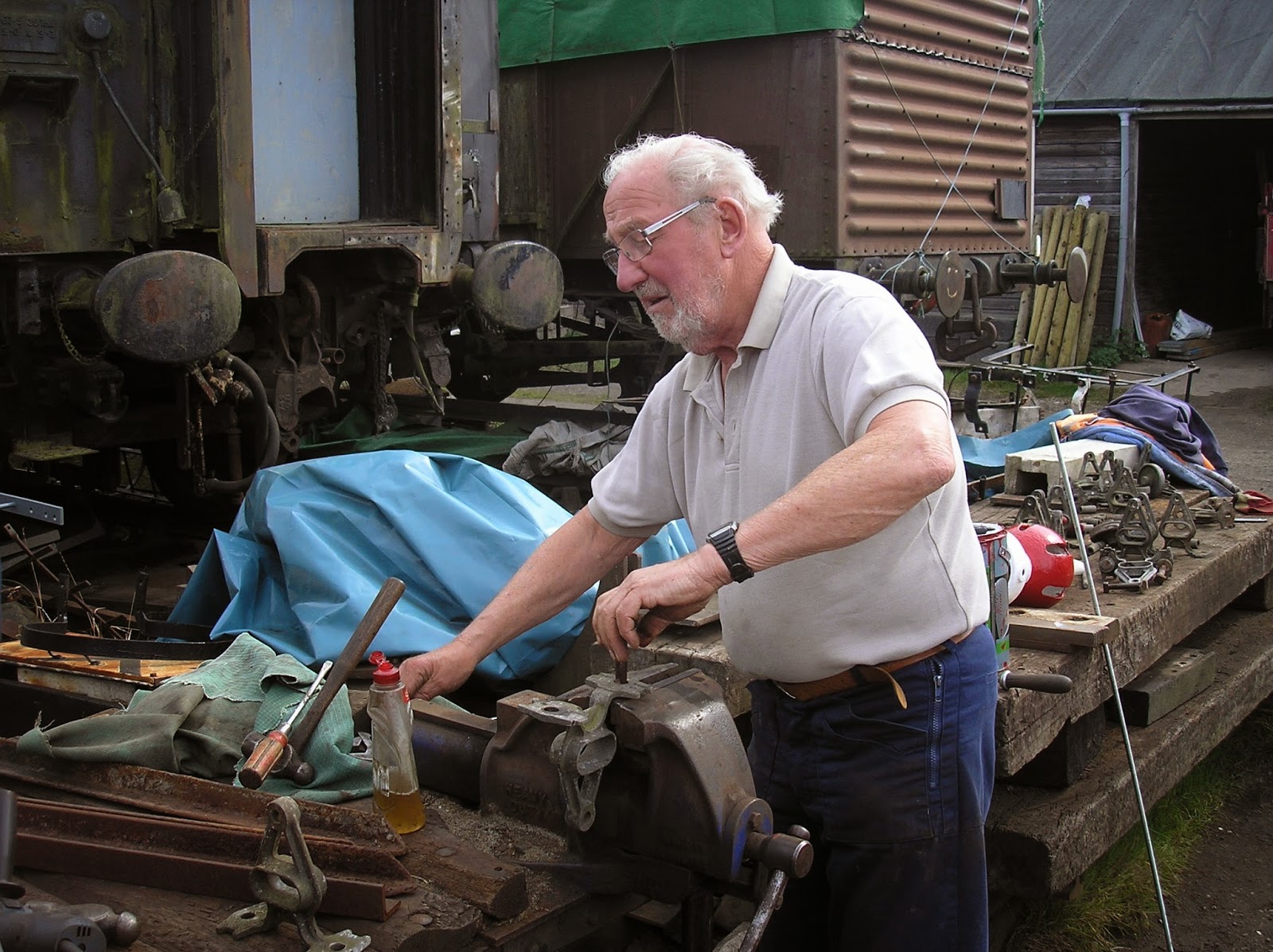 Good ol' Carl Smith getting on with it.

Meanwhile, across the Yard a discussion continues re the Broadway Bracket 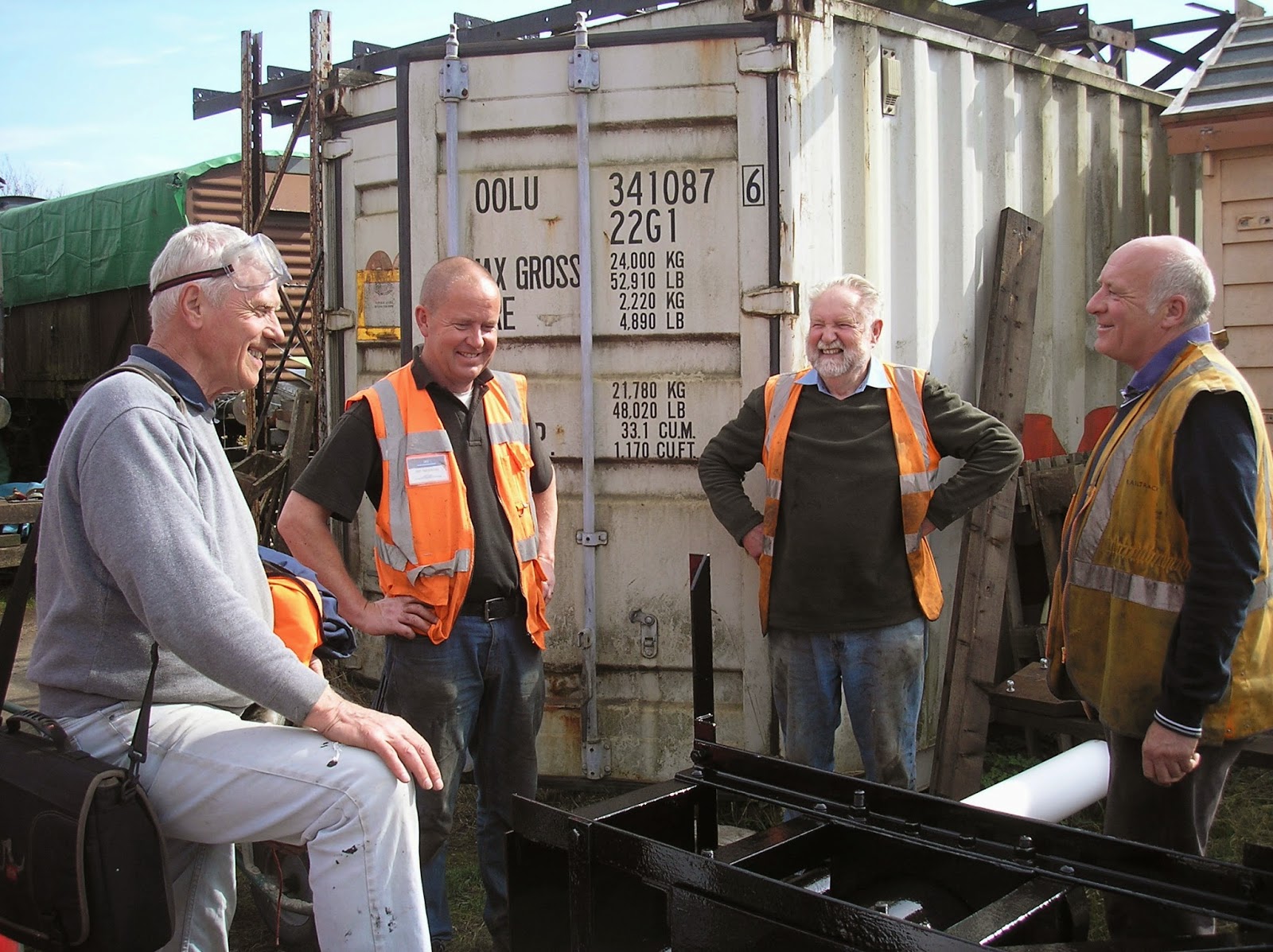 I am told that the base plate has almost completed cutting to size, then for the welding and we are away.
Best wishes for  speedy recovery to Richard E and to Keith- Keith argued with  a four legged cow and the cow won. Get well soon both of you, we need those rollers finished and Toddington Steps.