Is Tea a good lubricant?

So far this year, Signal and Telegraph have organised three workdays to continue the basic maintenance of lubricating the external mechanical signalling equipment.  However, this year marked a change to the way in which the job was organised.  Previously, the one-day routine had been to concentrate on a particular equipment group, e.g. signals or points, up and down the whole railway, but this year it was agreed that we would concentrate on doing all the signalling equipment at a particular location in one day.  It was felt that this approach would foster a better working relationship amongst the team as we would be working together as a group rather than spread out throughout the railway. 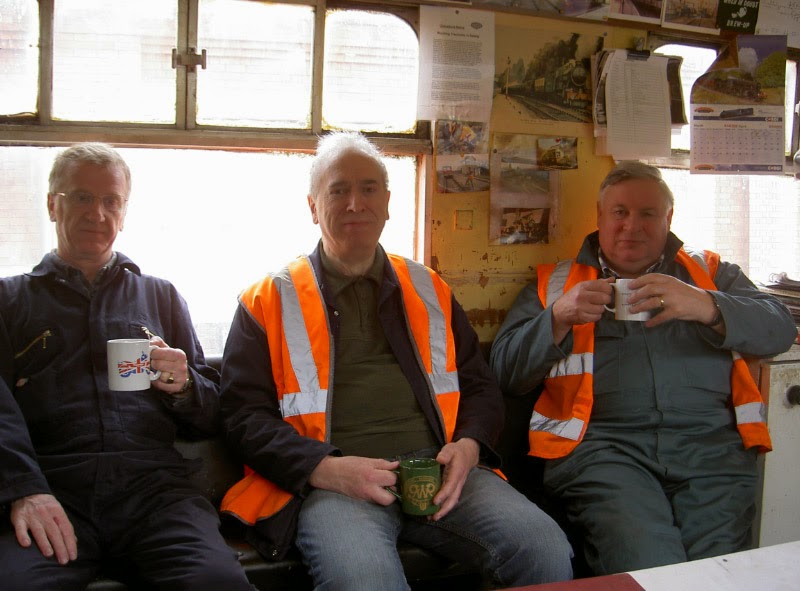 Getting ready for the start of another oil and grease session. 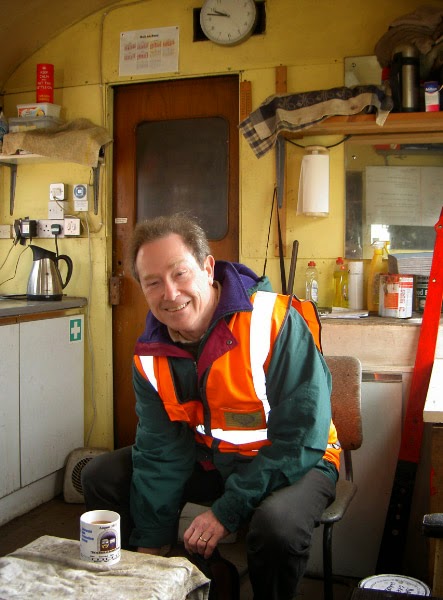 This got off to a good start at the beginning of the year when the team descended upon Toddington and carried out the lubrication of all signals, points and rodding and detection equipment located there.  The day also included a visit to the Laverton Loop where lubrication of all equipment was carried out.  We were able to welcome several new members to the team, and this allowed us to form two groups, which helped to speed up our progress.  This was just as well, as it had been decided that the greasing of the slide chairs on the hand-operated points in the loco yard at Toddington should be added to our routine. This was duly completed by late afternoon.  I had not appreciated just how many hand-operated points there were in the loco yard, but both of us involved certainly knew by the end of that afternoon!

The second workday of the year involved targeting Winchcombe, and again the routine included the addition of the hand operated points in the sidings on the up side of the line and the points in the C&W yard.  We hope that our colleagues on the Permanent Way and in the Carriage and Wagon department have noticed an improvement in the ease with which these hand points can now be operated!

This last Sunday 6th April saw the third workday of the year taking place and on this occasion we visited Gotherington and Cheltenham Racecourse to continue our quest of lubricating all signalling parts that move. Part of this quest included a long walk to the new operational distant signal for Gotherington, however, we were able to travel to Gotherington station and Cheltenham RC station using the timetabled train service!  This was the first time that we had made use of the train and it presented a bit of a challenge in so much that we had to complete our scheduled tasks around the departure times of the trains.  Anyway I can safely say that we managed to complete all tasks.

As you will see from the photos below (taken with a camera which somehow survived all the oil and grease), it is not all hard graft in S&T – the department still functions on copious amounts of tea! 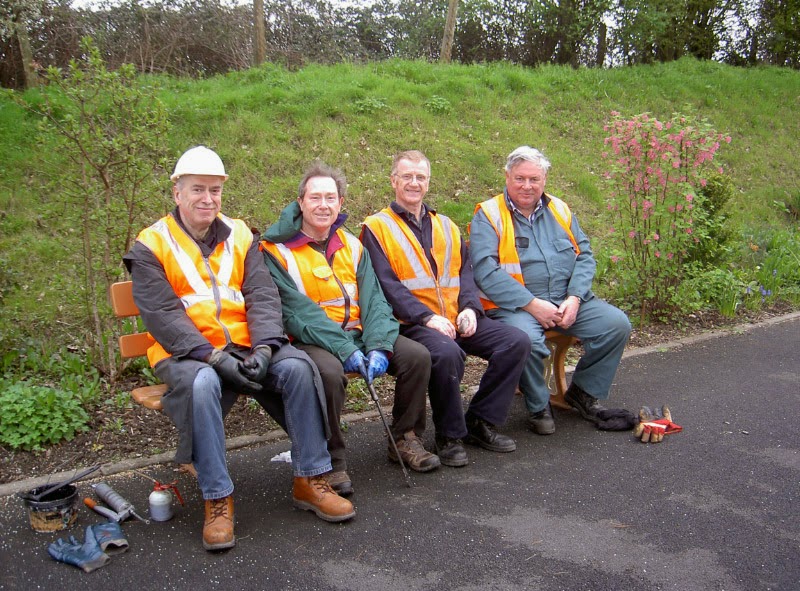 The usual suspects but can you spot the difference? 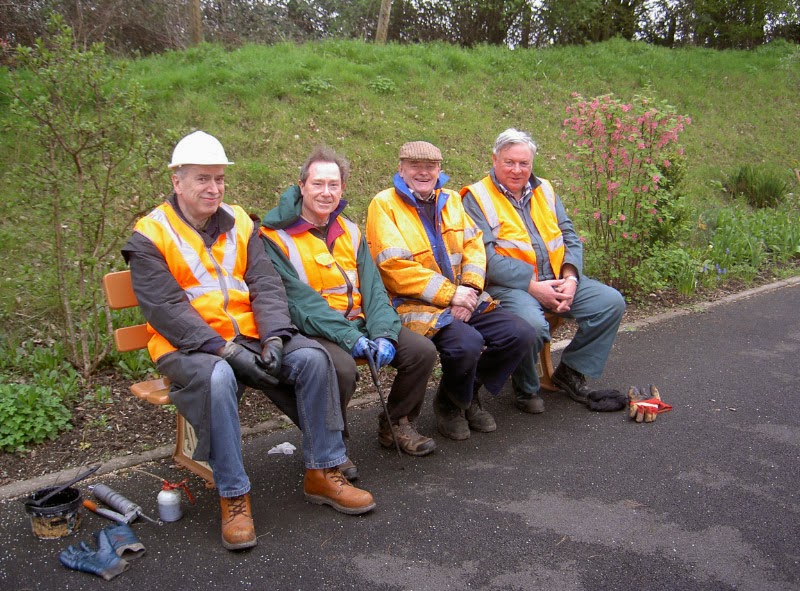 From the pen of Mr Roy Steel ( our Foreign Reporter) and others.