Another lovely Day, inc the Wildlife of Winchcombe 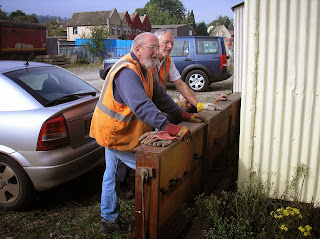 The fog steadily cleared to some lovely Tuesday sunshine. We started with a tidy up / clear out under the Signal Box at Winchcombe.

What did we re-discover?

Malcolm new this would come in handy, it will be the overhead board which will show the track circuit and signal positions  Broadway Signal Box. Carefully stored away. 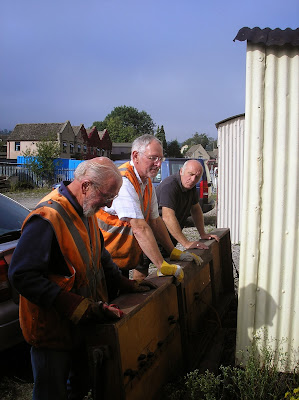 Meanwhile Keith and John Proth were  doing a bit of Undergrowth clearing and what did Keith  find? 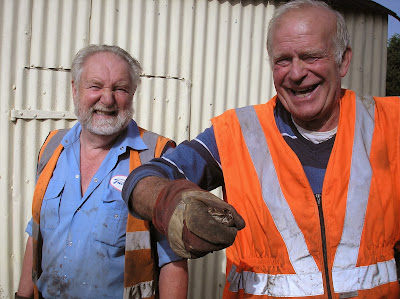 As Richard E said " Its a good job we'ed got our toadtectors on"
Not sure quite what happened after that as I left to go to Toddington with Roy to investigate the crackles on Extn 40 in the signal box and to replace the handset on the Barrow crossing phone as the curly cord was poorly.
We eventually changed the phone and rewired the extension completely.
Lets see how it goes now!
Also Roy  measured up for a small winter heater to go inside the pax unit.

When we got back to Winchcombe, Neil came down the yard with a drum of 20pr cable which he wants run through the ducting to feed the new C&W Building.  That'll be next week then.
Eventually we will all be be back on the  phone. Have also made a note to look at the Building Services extensions as well.

As a fitting end to the day I was let in to C&W to pick up the newly varnished boxes that they have tidied up for us. Very nice too, very many thanks. ( Will try for a pic later)
Now about that offer to make a steel frame to go under the pax?