Regular readers will know that we have steadily being replacing the Concentrators with a home built fully compliant model as designed by Kevern.
Unfortunately as soon as our back was turned, metaphorically speaking , two faults appeared around the Winchcombe unit whilst Paul and I were away sunning ourselves and it all fell  to Kevern to sort out the problem.
Fortunately I was able to let him have some cable details from my own records in Sunny Spain and since then we have tried really hard to replicate the fault without success.
But it did make us realise that it was only Kevern who really understood the units and our records were , let us just say, a little less than perfect.

So it worked out that we had a training day on the new system and at last Paul and I feel more confident to sort a problem, if and when any should occur. Using Kevern's excellent notes as a guide we listened as he explained how he had managed to develop the first, 3000 type PO system , into the modern electronic version 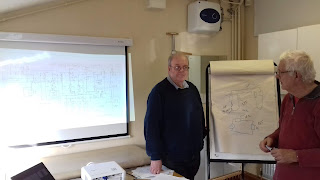 Above is a raher cheesy pic of Paul) left ) and Kevern. .....Me, I was desperately trying to shuffle batteries as my camera had died.

Afterwards I ran a short session on cable fault location showing how it has developed from the  early days of the Detector 4 ( The Clock!) through the Exchange Test Desk with jumper party T2a's in long khaki dustcoats, to SA9083 testers. And then  to the present day of the pulse echo units and we did a practical session which proved that a part roll of jumper wire was still 47m long.

A really helpful day and thanks to Kevern for all his hard work, not only with the Concentrator units but also with supporting booklet that he had written 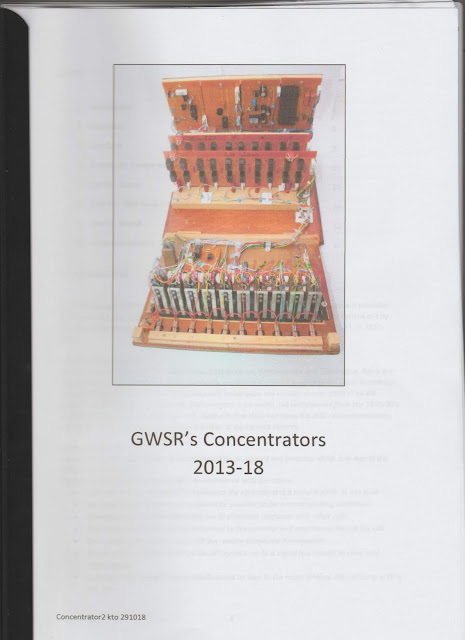