Six of us in today with several tasks to do.
John P, Carl S and Keith L went off on strimming duty to clear vegetation at Gotherington (morning) and round the signal wires from Winchcombe up to Greet tunnel in the afternoon.

The rodding stools that Malcolm had fabricated a while back have been stored in the MSC shed at Winchcombe waiting for zinc plating. These are the units that will support the point rodding up the side of platform 2 at Broadway. Apparently zinc plating is costed on the weight of the items concerned so we needed to get them off the shelves and count and weigh them. There are two different sizes - one to take a four wheel roller set and one to take a three roller set. Within these sets two different sizes of angle iron was used so we ended up with four different weights. Firstly we laid them all out - a grand total of 87 units

Our colleague Peter B joined us today from Hawaii. He is over in the U.K. for the summer to swell our numbers. Malcolm and Peter made a start laying them out: 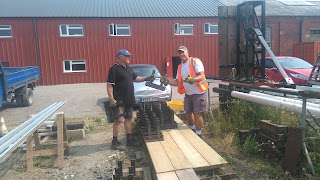 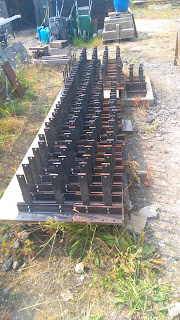 And a close up of one of them - the rollers will be bolted onto the top surface after plating. 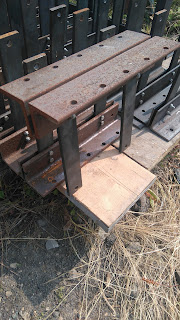 The total weight of them is 750kg and they are now boxed up in a large plastic stillage ready for despatch as soon as we have a satisfactory quotation for the plating. 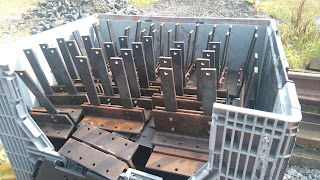 And to round off the day a further 6 lengths of rodding got painted with Rustoleum  (just started the third 5 litre can)  Only a few more to go now! 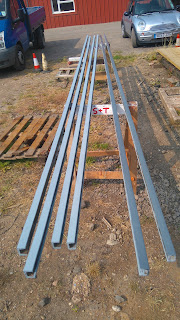 We have selected a ladder for one of the signals at Broadway north. This needs a bit of modification for attachment to the post. A job for next week. (note the 3 lengths of rodding we have got ready for tomorrow's team!!) 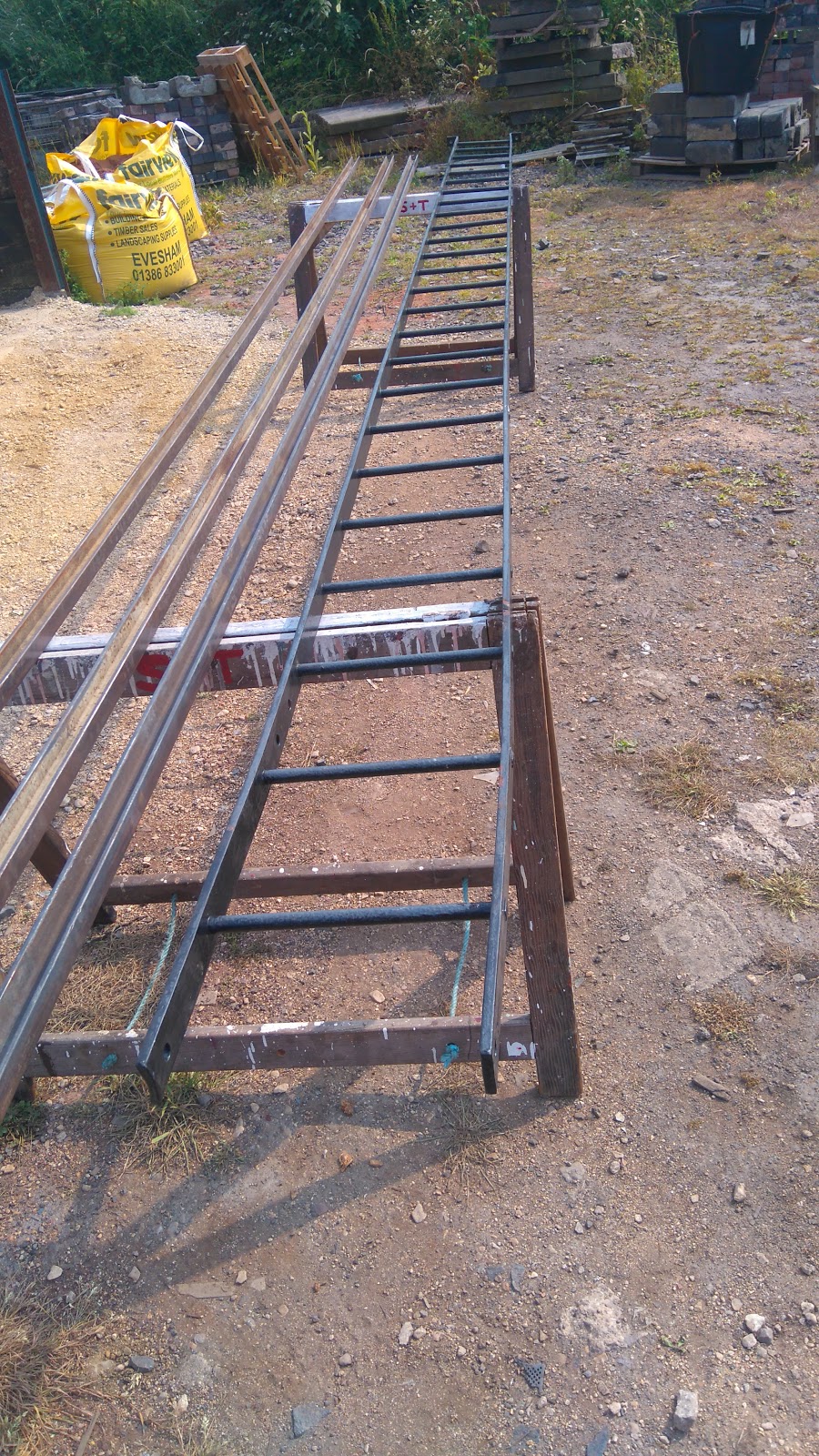