Going up in the world despite the snow! 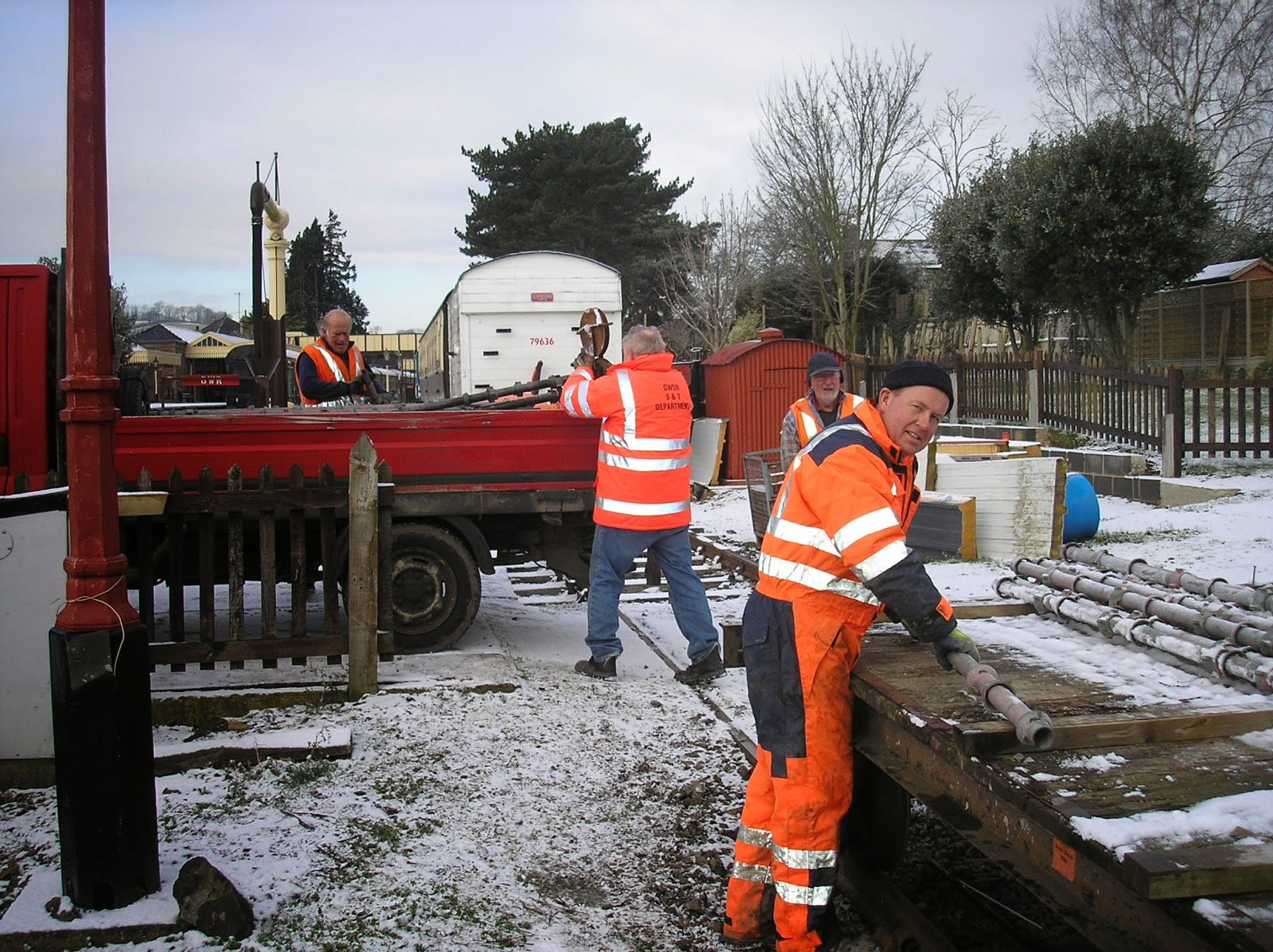 Just a light covering of snow this morning, enough to mean that the signal post painting had to wait until later in the day. The trusty gang of the Protherough's plus Keith and Carl all got stuck in to loading the scaffold tower onto the pickup for a trip up to Toddington to strip Signal 24 ready for a repaint and tidy up.

Meanwhile, back at base I started to look into a problem with the pax unit intermittently blowing  a fuse.
After a lot of brainsearching I found that a unused circuit was faulty and was causing the problem. So I isolated it  properly and we should now be ok as we have enough good working spare lines.
In the pic below, the line ccts are in the top left corner, just the right height for a backache? 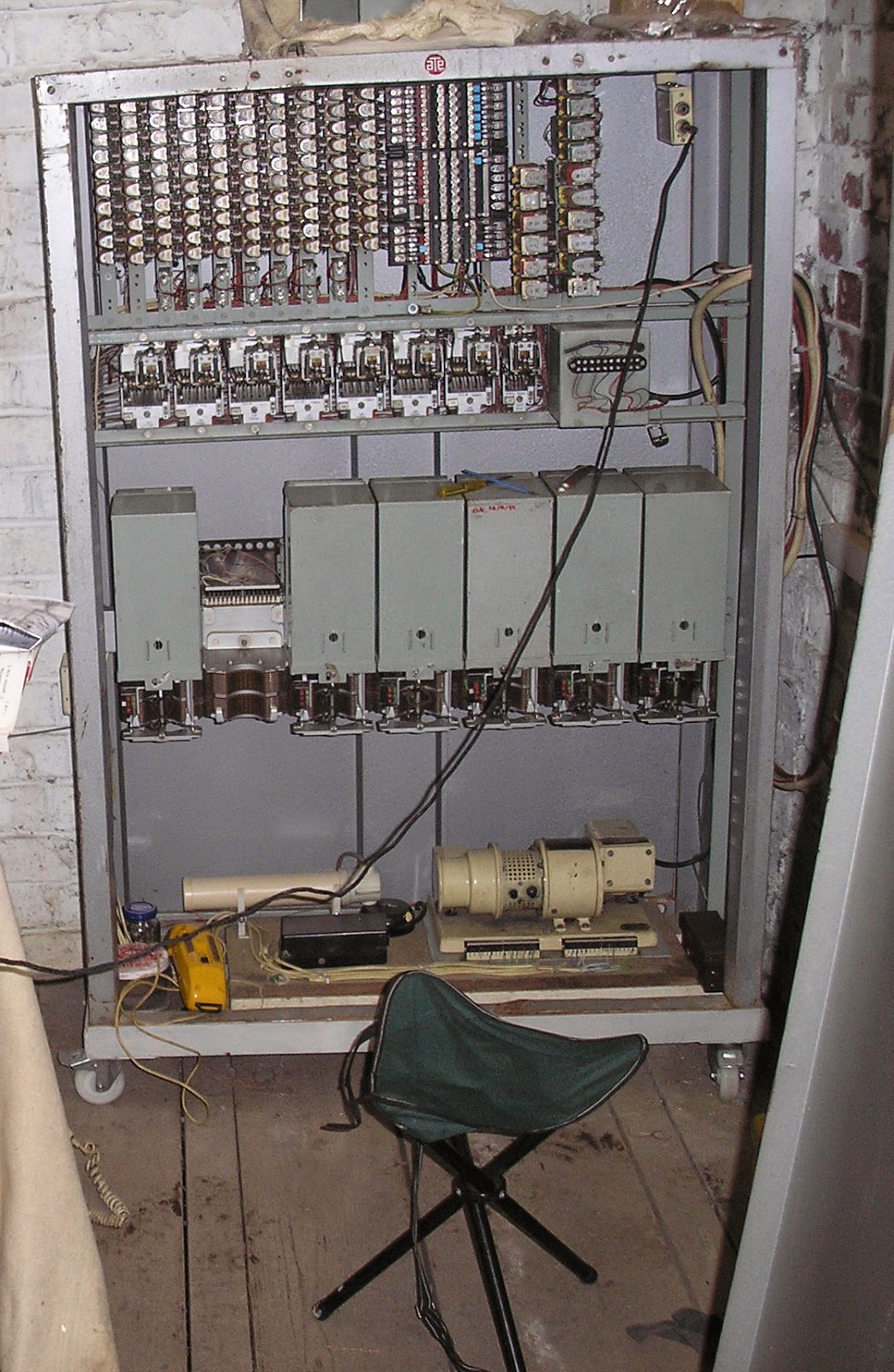 Meanwhile, over at Todd they were making great progress with the tower and the pole was stripped bare, ready for derusting and a few fresh coats of paint. 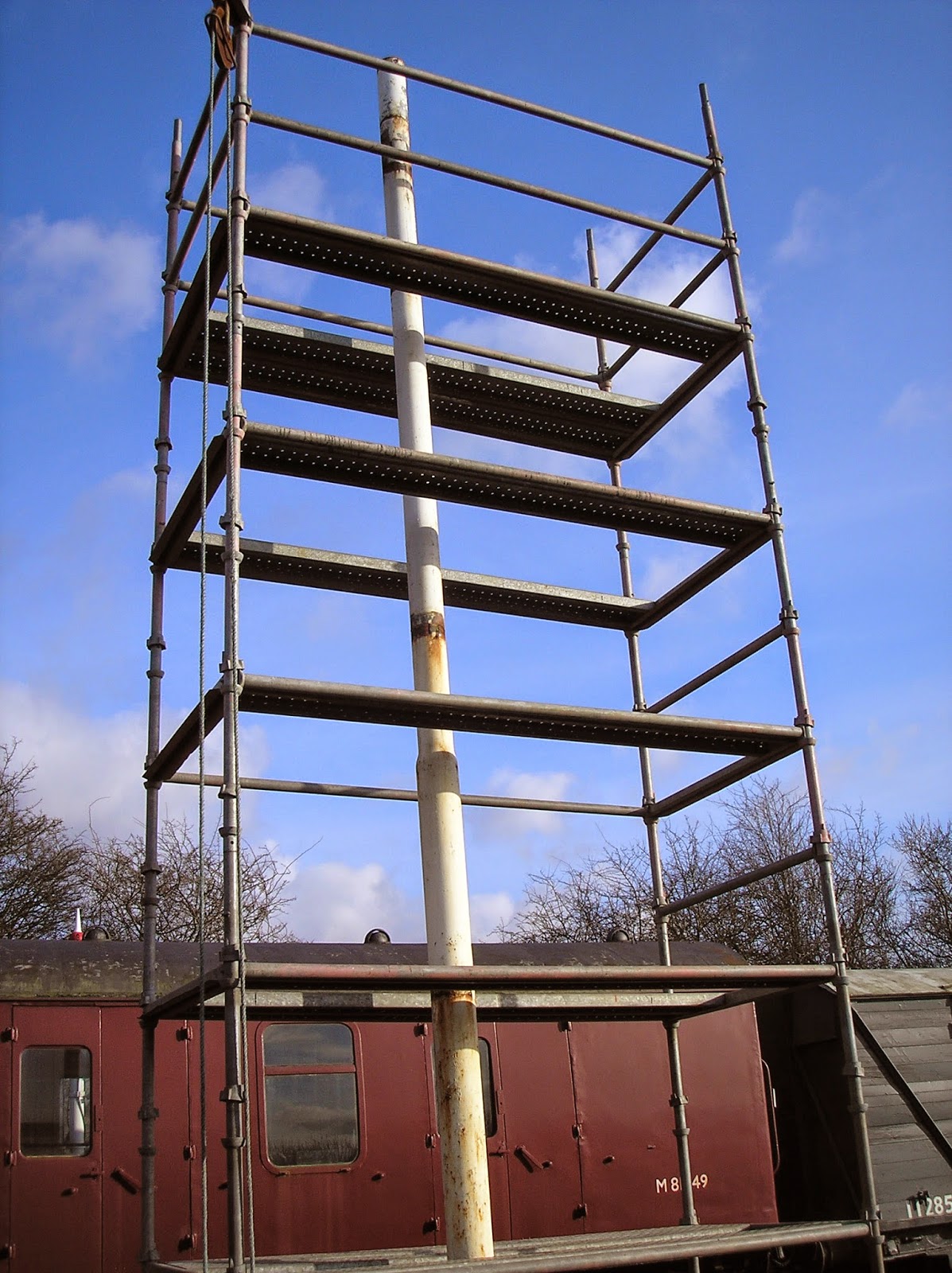 Later in the day, Carl obviously had energy to spare as he helped Malcolm to prepare the signal post ladders for the Broadway project 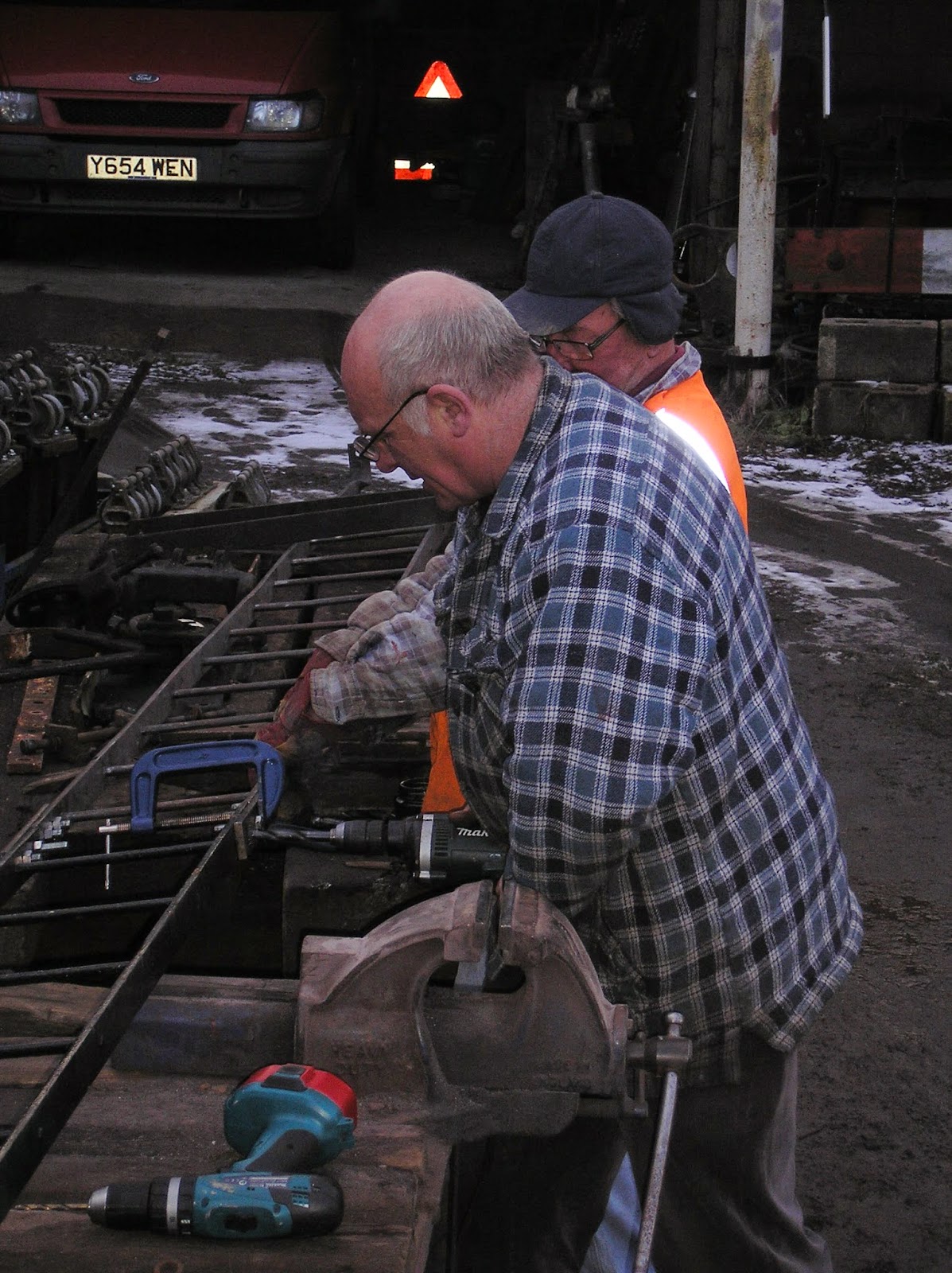 Here they can be seen drilling the steel stiles to extend a ladder. 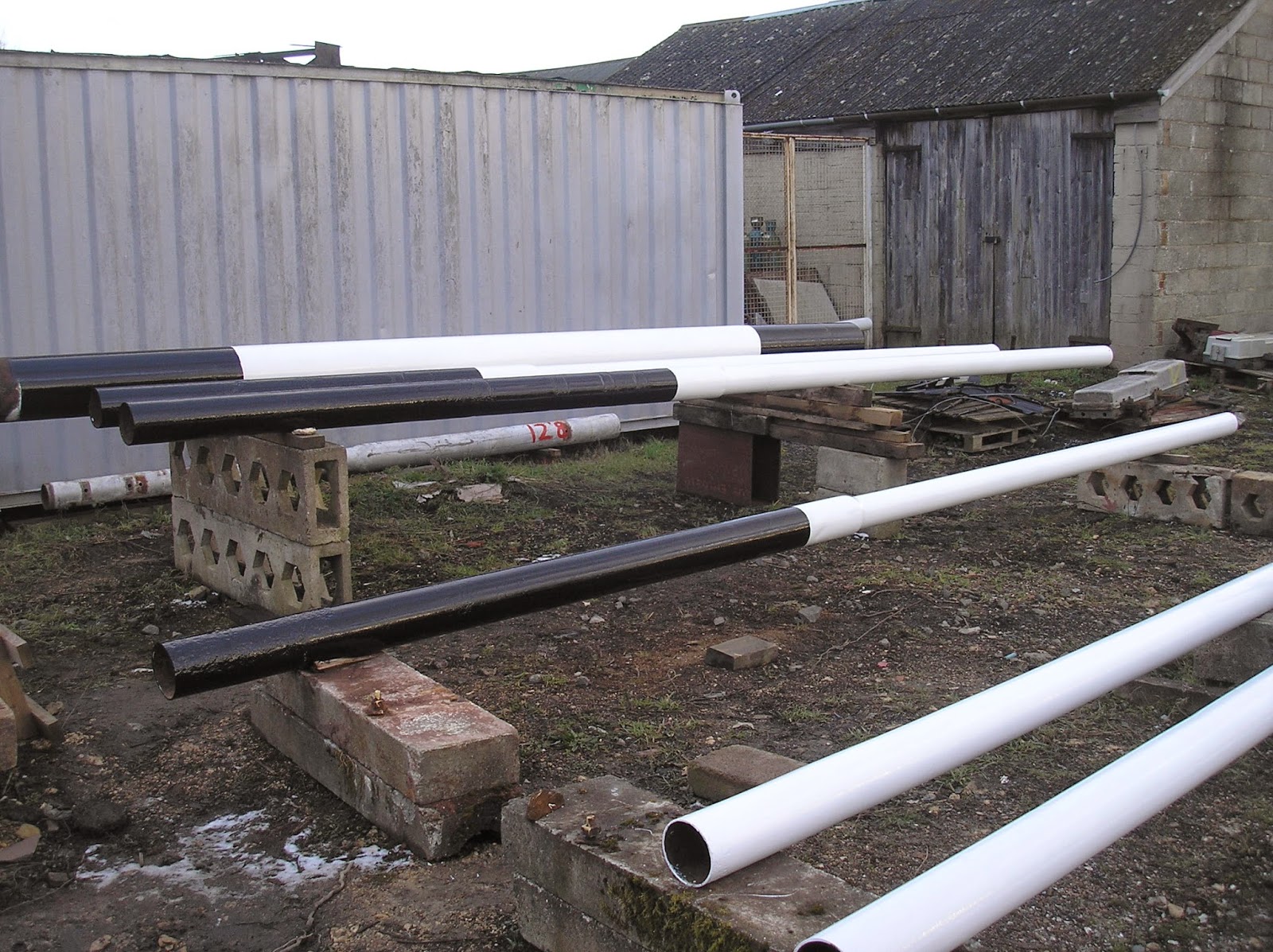 After Lunch. the temperature had risen enough to allow Richard Collier to finish  painting the second faces of those signal posts.