Mix of Pics, some steamy

A varied set of pictures this time some of which were taken from the windows of the new Upholstery dept, yes I know I should have putting in the cabling for the Carriage and Wagon Office phone but it was a very hot afternoon and I just had to stop by some of the new windows and have a breather.

I have also included some from last winters trip to Spains' "Museo de Ferrocarril" .the Catalonian museum of the Iron Road this one was at at Vila Nova i la Getru, about 20miles sth of Barcelona but I think there are two or three more around the country. 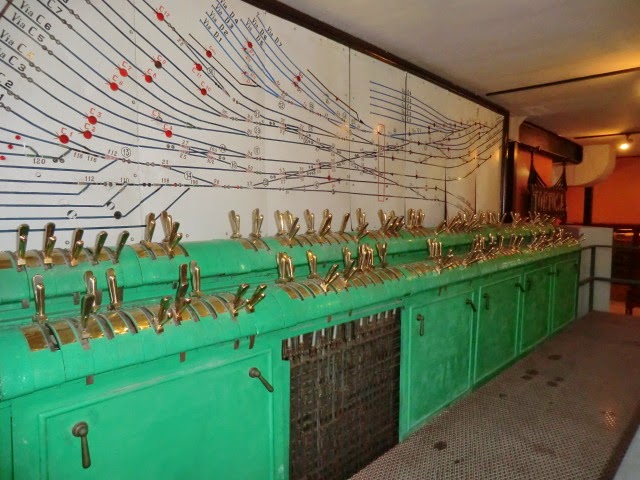 Interestingly and wonderfully they have preserved the interior of the signal box, I presume it was the one at  at some are of their version of a Lever Frame, obviously  the spanish signalmen were not made of the same stuff as our superhuman signalers- no long levers for them!
You can see the resemblance beween this track diagram and ours! Also, just a  little glimpse of the vertical locking trays under the levers- y'see Malcolm I am learning those mechanical terms.

But back to Winchcombe yard where work continues on painting up the fully welded Broadway Bracket, good old John P gets stuck in assisted by Richard C 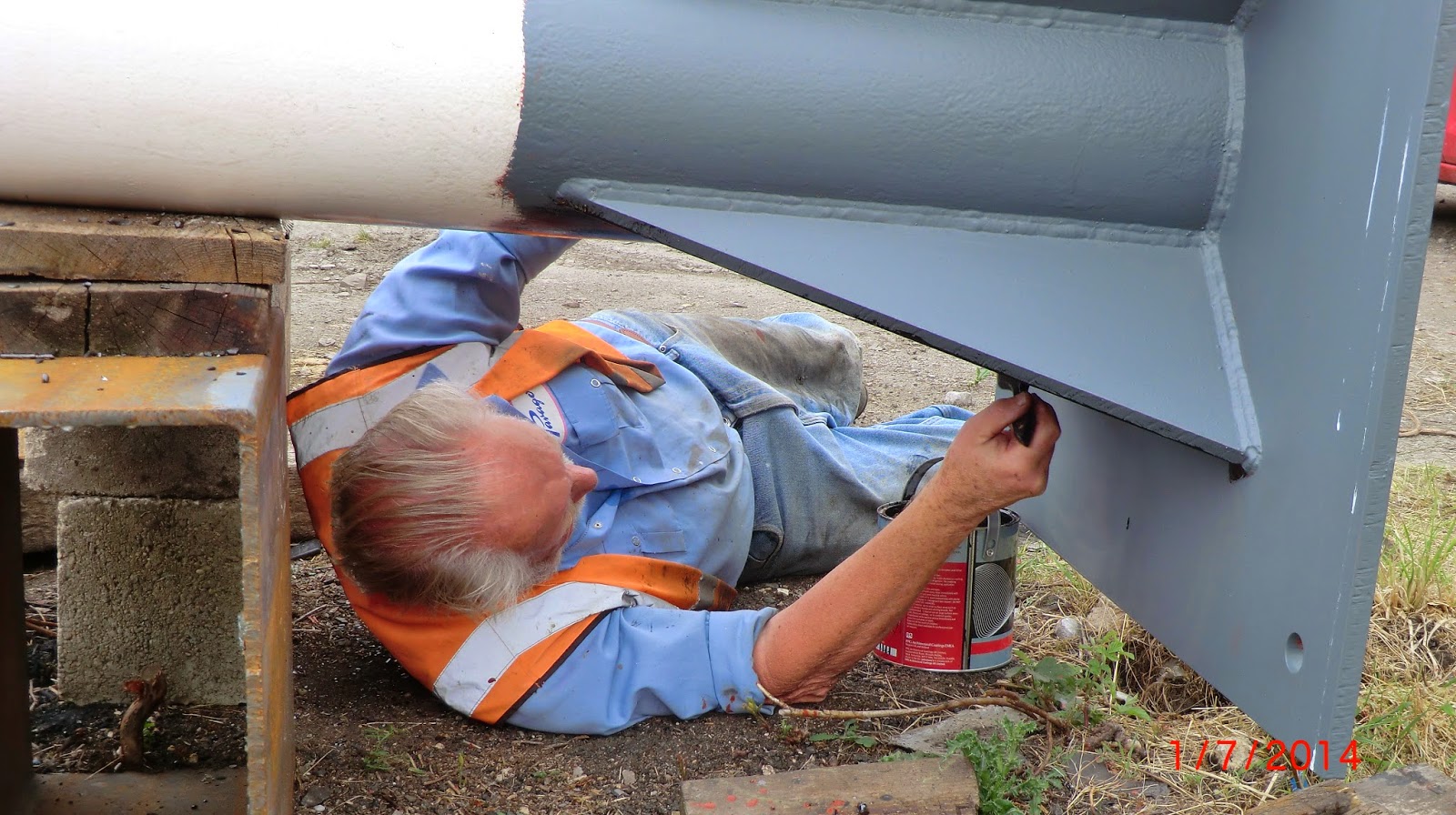 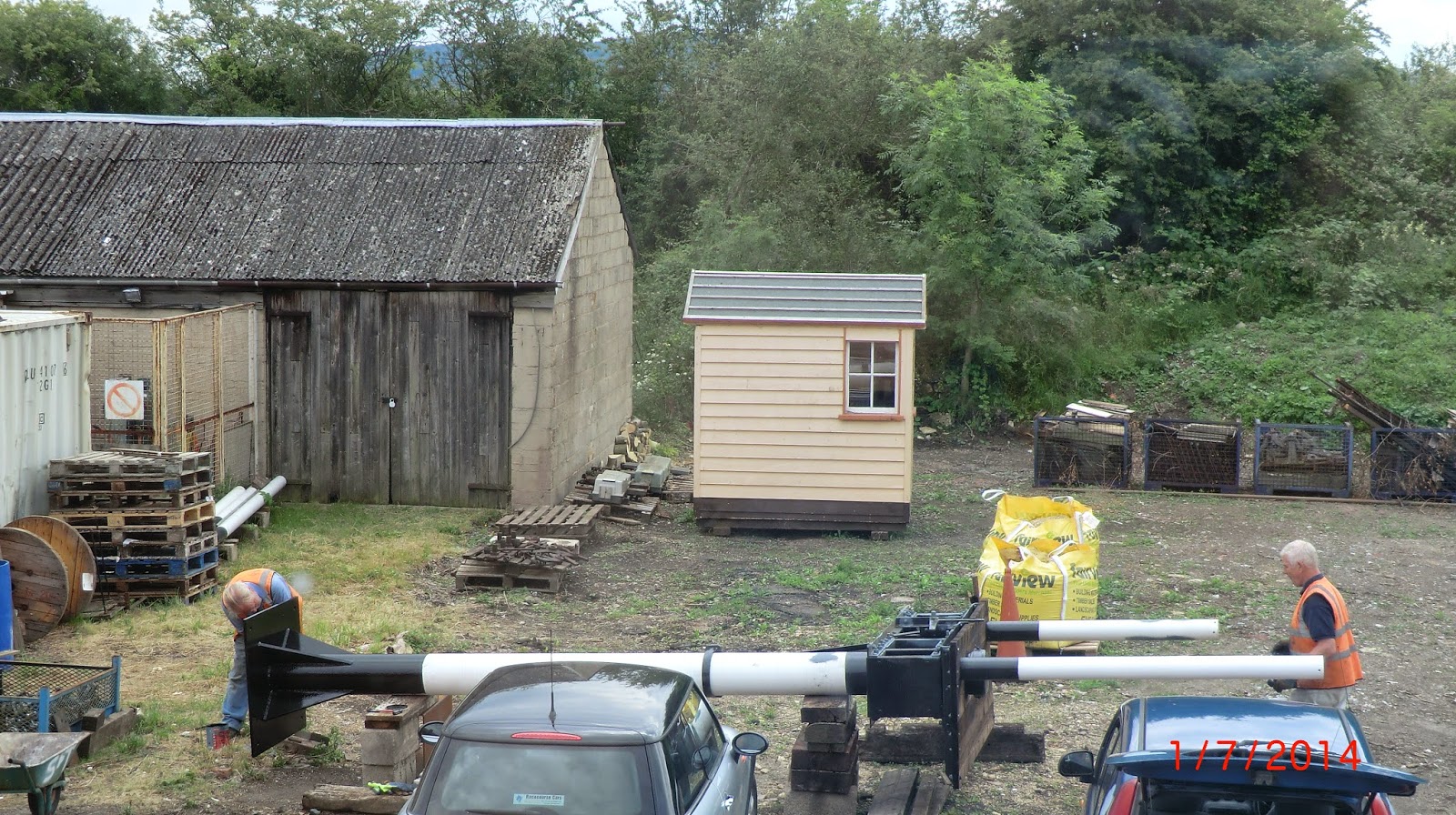 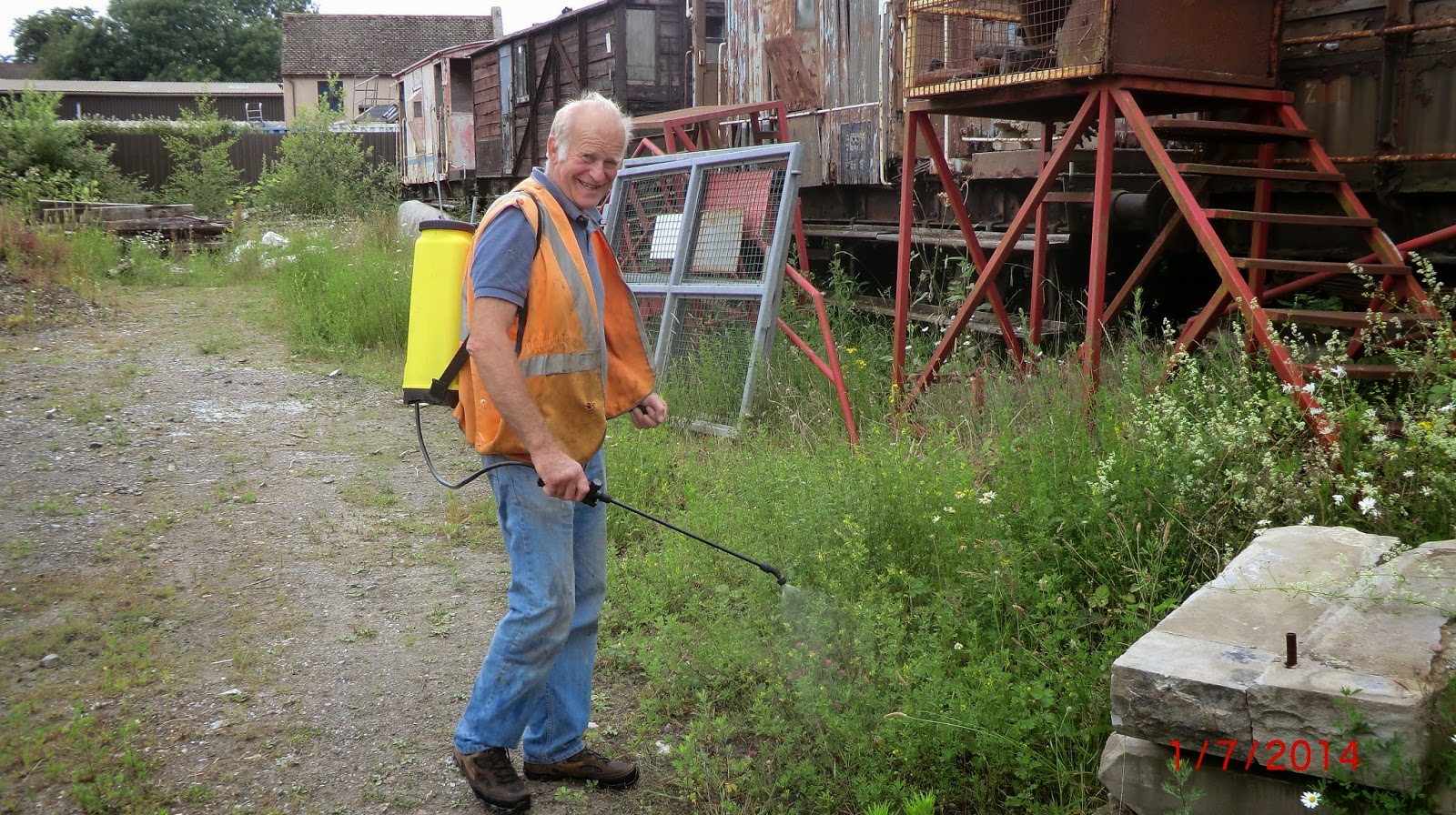 Meanwhile Carl and Keith had returned from Gotherington where they had been undergrowth beating so Keith, now happily recovered from his bruising encounter and having got  a bit left in his sprayer started to tackle  the yard undergrowth ( yes, he is fully qualified to use these chemicals)

And then just to top off a perfect day, we had tea! 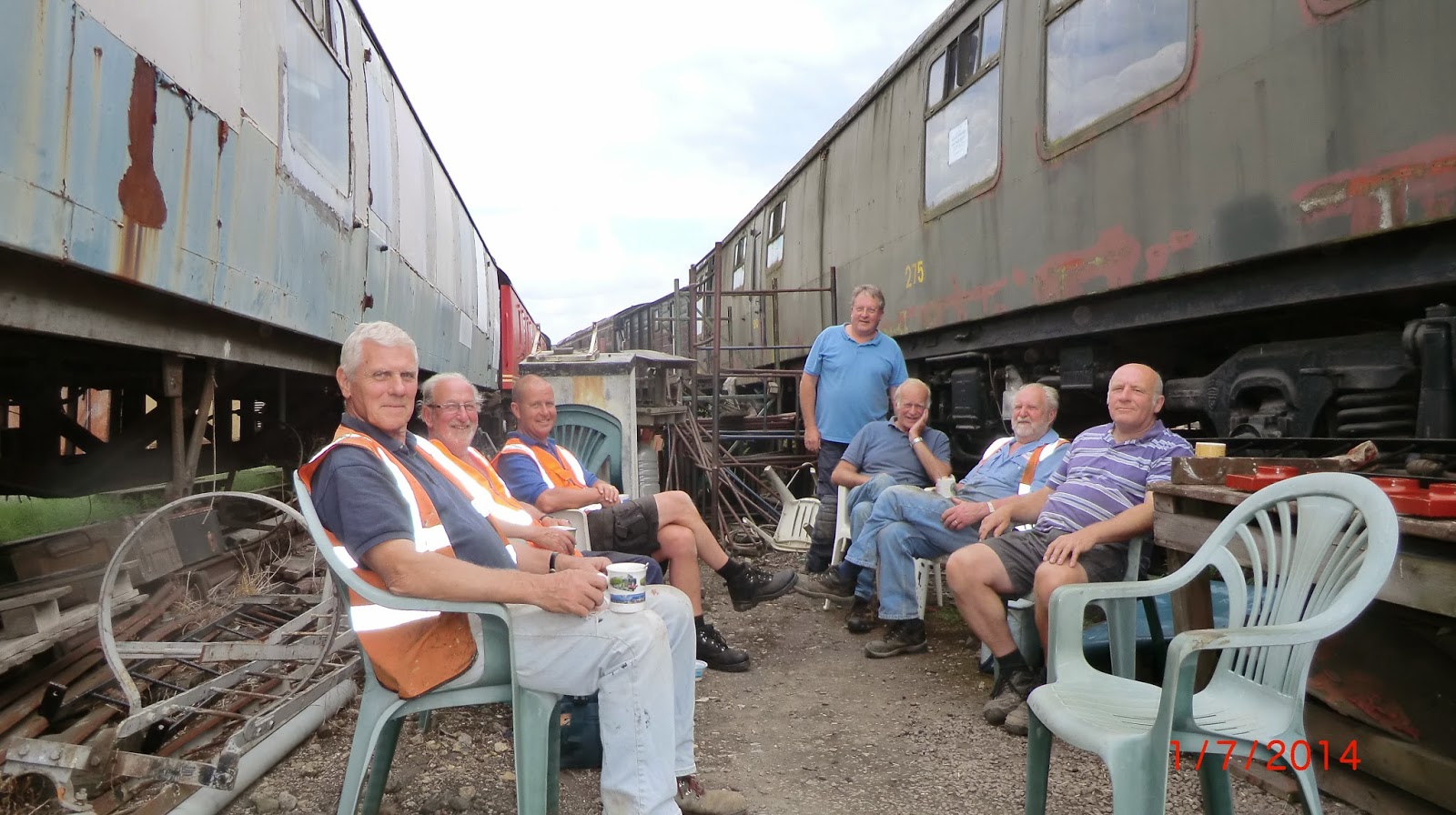 Just a couple more pics from the Museum visit, Andy wouldnt you like one of these! 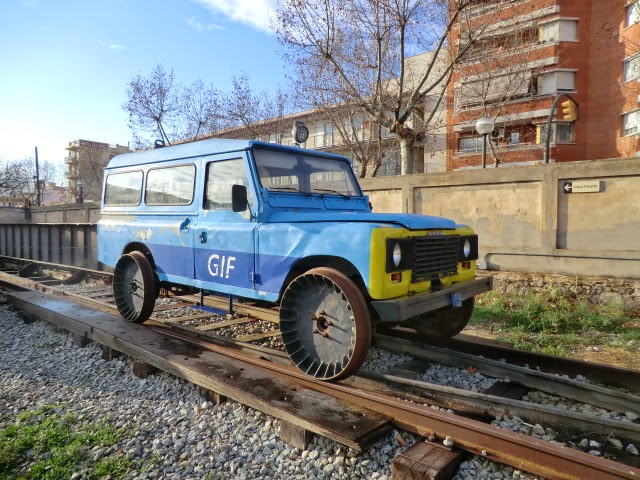 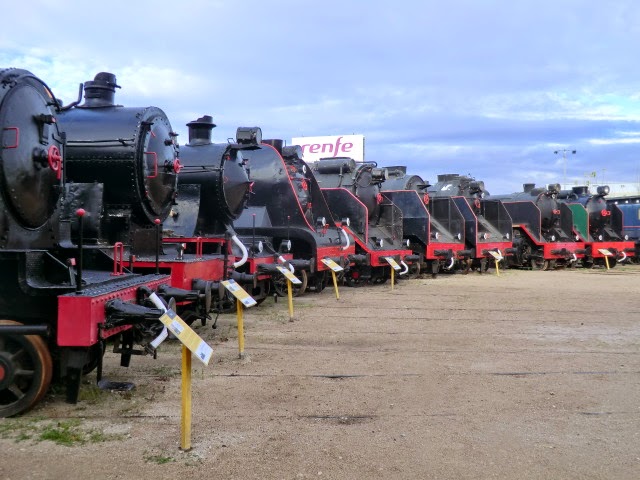 Thats about all for now, see you soon

PS We hope  to complete the new C&W phone wiring this week which means that we can  also re connect the S&T phones.