Seven of us in action today. Neil C, Carl S and Keith L set off with the rail car and trailer loaded with a large drum of 30 pair cable. This was uncoiled and laid through Greet Tunnel between the cabinets at the electrically operated signal south of the tunnel and the one  at the point motor - a distance of approx 1100 metres. This will replace multi-jointed cables and reduce potential faults.
At the other end opposite Winchcombe Box some more cable tidying was to be done with the installation of a lineside cabinet. An existing 30 pair cable will be connected into this.
First the hole: 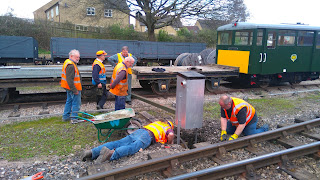 Then the concrete (the cabinet was set vertically - this shot seems to have given it a rakish angle!) 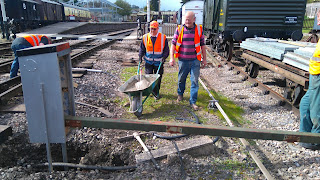 We continued with the fitting of the concrete boots to the two Broadway signals. The insides needed a bit of fettling to make sure they are a good fit round the post 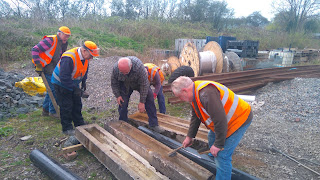 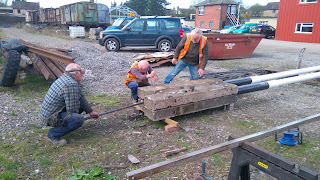 And then bolted up - ready for Broadway 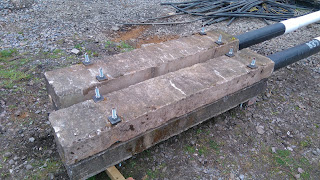 While all this was going on we continued with the cleaning of the pile of point rodding. We were hoping to get them all done today but unfortunately rain stopped play by mid afternoon so we were left with 11 more to finish off next week 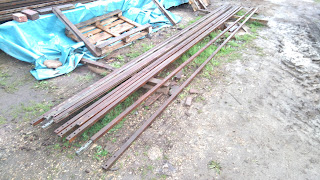 Some of theses have some serious corrosion so will probably be downgraded and cut up for supports for SW signs on the new extension.