Seven of us off to Broadway today to get some, if not all of the fittings, onto the three signal posts at Broadway North. Quite a truckload of stuff to start with: 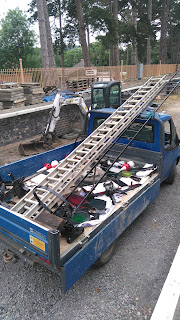 We understand that work begins in the next couple of weeks to brick up the access gap in platform 1, so the window of opportunity to truck heavy parts up north will be over - so here we are.
The route indicator signal got our first attention. The main task being to fit its ladder. This is bolted to the two platforms and needs a secure base before using it. We did this by setting it on a substantial piece of sleeper cut-off. We will eventually cast a concrete block with studs as a final fix: 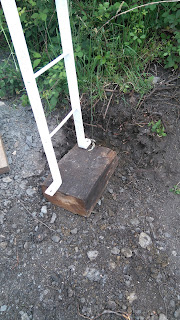 Luckily all bolt holes matched up with both platforms level after a bit of adjustment with many supporting hands: 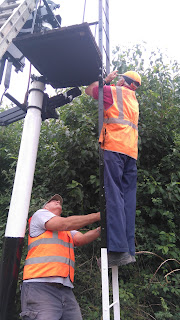 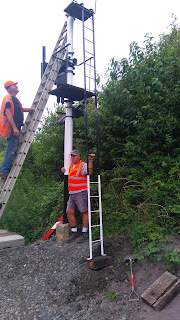 Then the fitting of the finial and spectacle plate and signal arm. Once the finial was fitted the other heavier parts were hauled up by rope 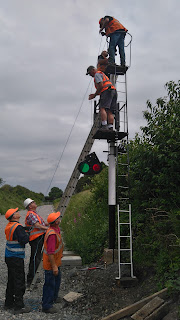 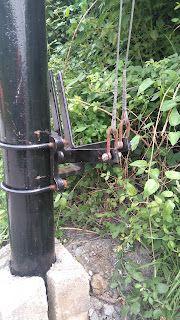 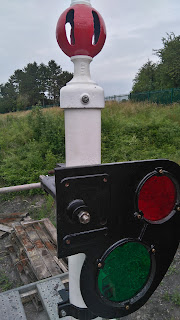 And a view of the finished job so far. Down rod, lamp cases and electrics to follow in due course. 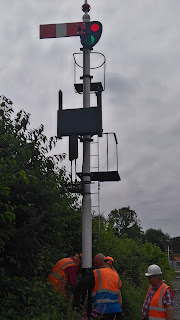 Then on to the other two signals at the ends of the platforms, both of which need their ladders fitting.
These two will not have platforms but safety hoops at the top. We separated into two teams for this starting at the top to fit finials. 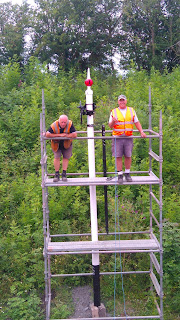 And then working down to to the balance weight assembly 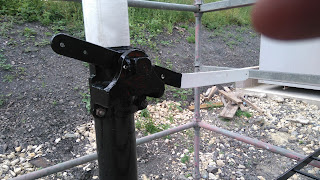 As far as we got today with most of the fittings on . The position  and length of the ladder to platform 1 signal was measured - cut to length but we ran out of time so it will be fitted next visit.
Now beginning to look like a Railway! 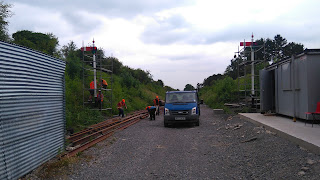 A view looking north from the signal box you can just make out the 3 signals in the distance. 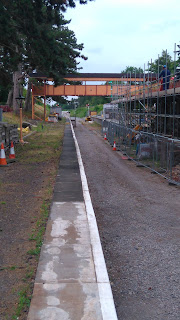 There was the accompanying sound of enthusiastic riveting going on on the station roof  throughout the day - it certainly is a magnificent structure close up.

We haven't got as far as preparing the hole and foundation for the wooden post yet, but now that the spear fencing is complete up to the Evesham road bridge I can reveal its approx position as shown by this block in th foreground : 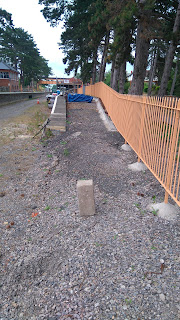 And finally, as requested by blog reader Graham, a couple of shots of the inside of the Broadway signal box: 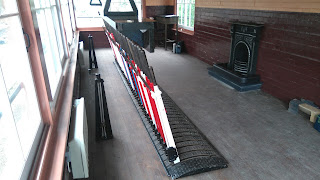 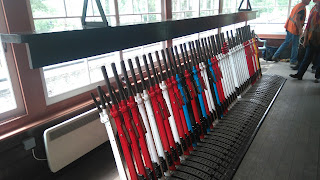 PS  We are hoping shortly to acquire some of the parts to move on work in the locking room . These include a locking tray and a number of electric locks.