Just John P and myself in with Malcolm W today.

John P took on the task of re-assembling the GWR ground signal that we recently took out at Toddington. It has had all its parts cleaned and painted and now looks pretty smart. 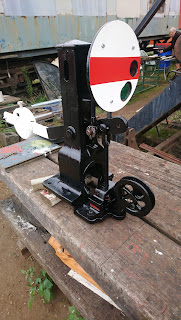 I continued with the painting of some of the parts of the double ground signal removed from Winchcombe last week. The main casting has now received its primer and undercoat 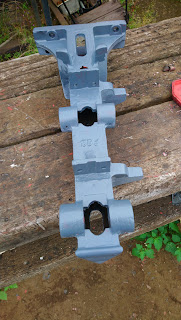 And one of the lamp cases cleaned and primed 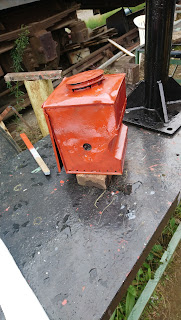 The metal covers on the electric locks and contact boxes in Winchcombe signal box locking room have been removed for cleaning and painting. The numbers corresponding to their lever numbers have been carefully re-painted in black. Our task today was to refit them without dropping any of the small securing screws into the nether depths of the signal wires, pulleys and rodding! 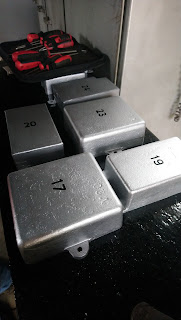 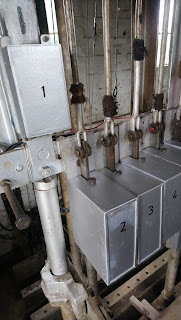 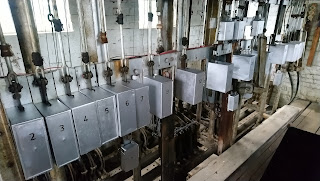 Looks a lot tidier and makes lever identification much easier at a glance.