The Levers go in!

Seven of S&T Tuesday gang descended on the Broadway Signal Box to
install the levers in the lever frame. John P and Len crawled through the
rodding tunnel and positioned themselves for the fitting and tightening
of the pivot pin saddles. 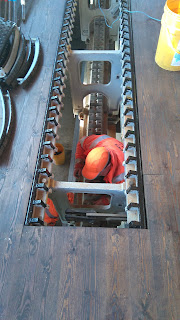 We got about a third fitted by the first tea break 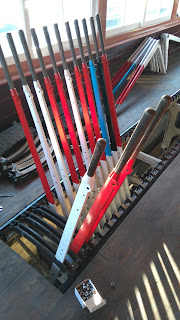 There are 46 lever positions in the frame but there is no lever 29 included. Only 24 of the

levers will be used in the initial phase of operation at Broadway. 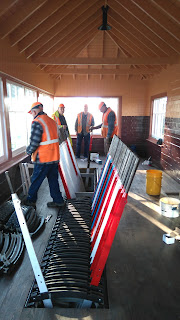 Once the levers are in we had to fit the tread plate support bars - quite a fiddly job getting the
bolts in and tightened. Then the tread plates were slotted in - looks really smart! 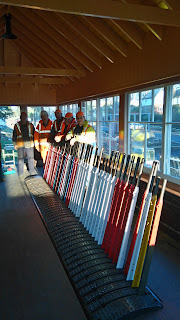 The team admiring the result!