I know. I know its just too exciting but as they say"someones got to do it"  and it might as well be enjoyed.

Richard C has made good progress with the pole painting 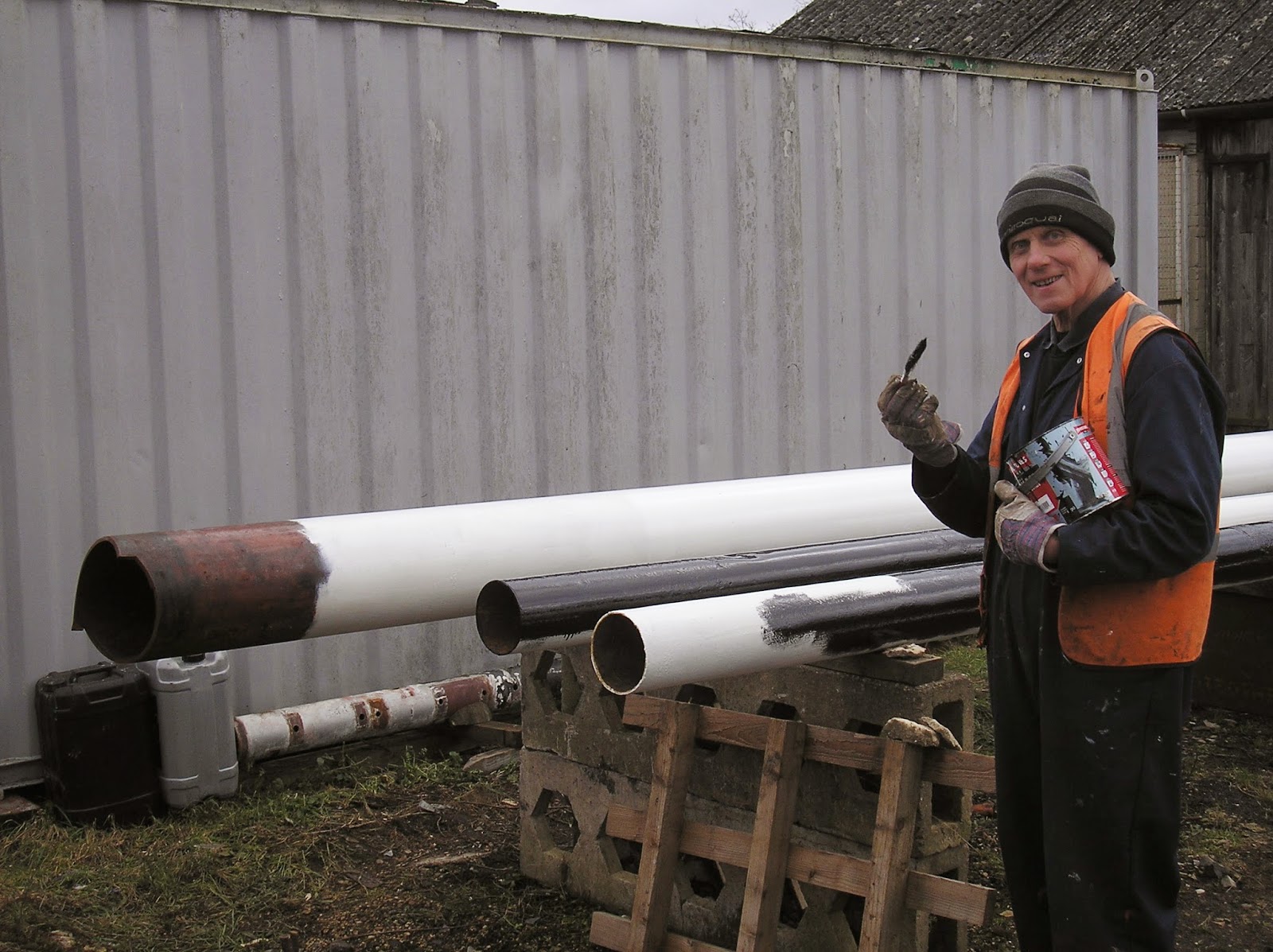 Here, they are still in white undercoat but later in the day the weather permitted Richard to start on the Black Gloss. The jagged end to the big one on the left which will be the upright for Broadway Gantry signal will be cut  off in due course. 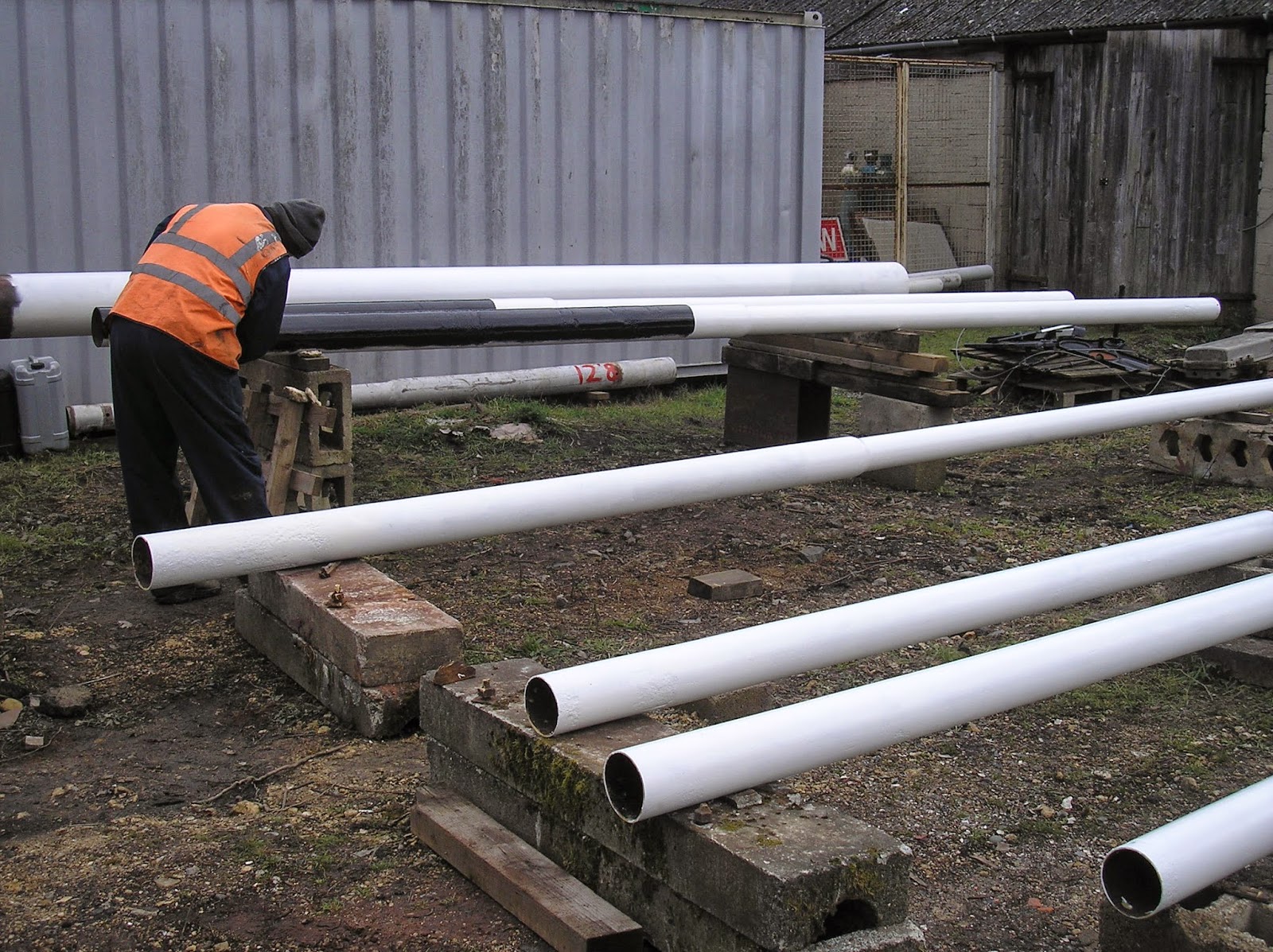 Hopefully, next week we will be able to turn them over and top coat the other faces. You may ask why we are taking all this trouble so early when there is so much to be done  to develop these bare poles into complete signals, well the answer is that its much easier to touch up bits of damage as it happens and it isnt possible to derust them when the fittings are in place.

Later in the day, Richard and Len were seen straightening signal pole ladders with a very big hammer so next week I will try to get some pics of that . 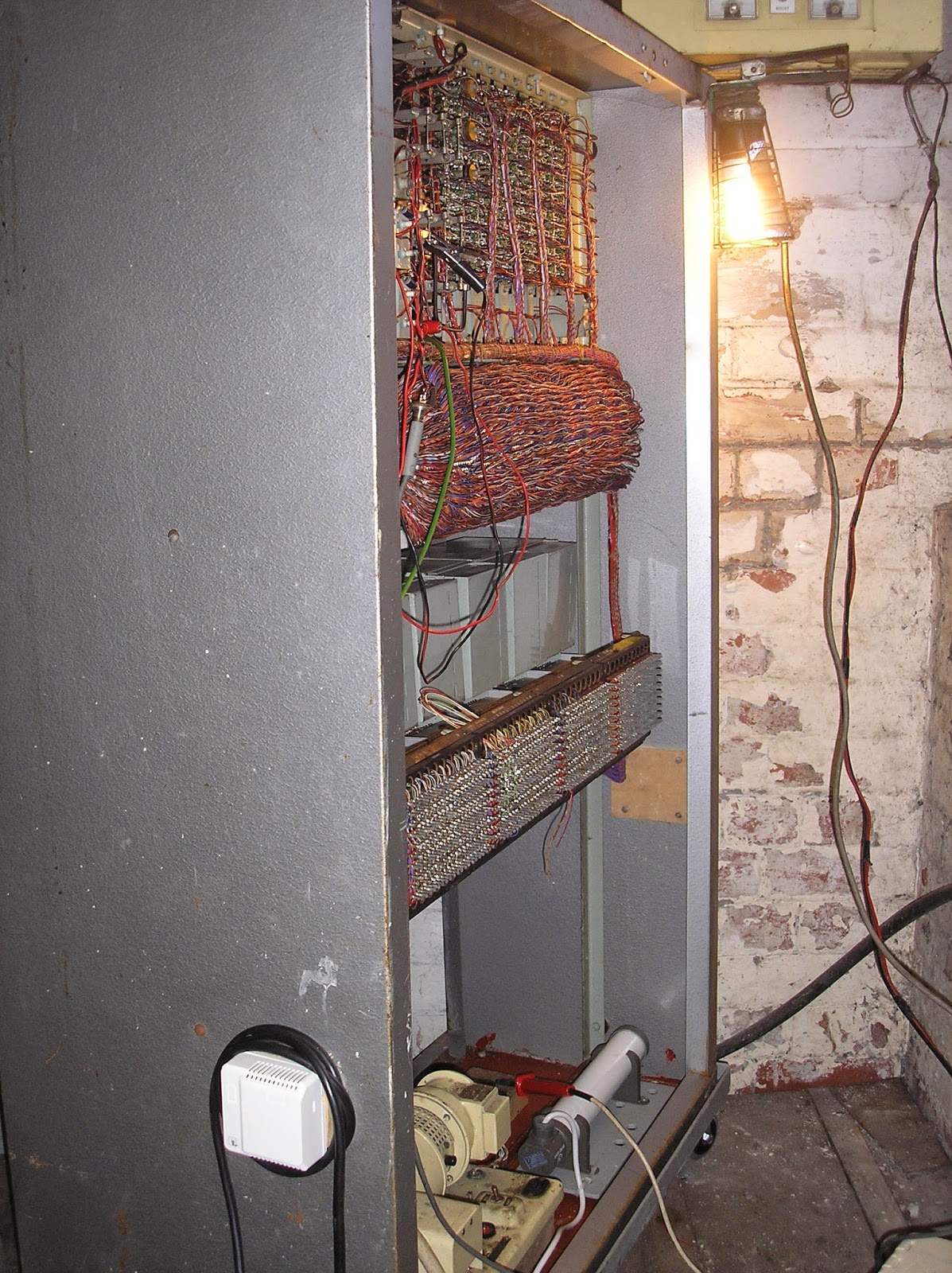 Me? I completed the termination record sheets for the two venerable exchange units that we have. These will make it easier to trace faults off the paper sheets rather than checking cross connections (jumpers and straps) all the time
Posted by Mike S at 02:32